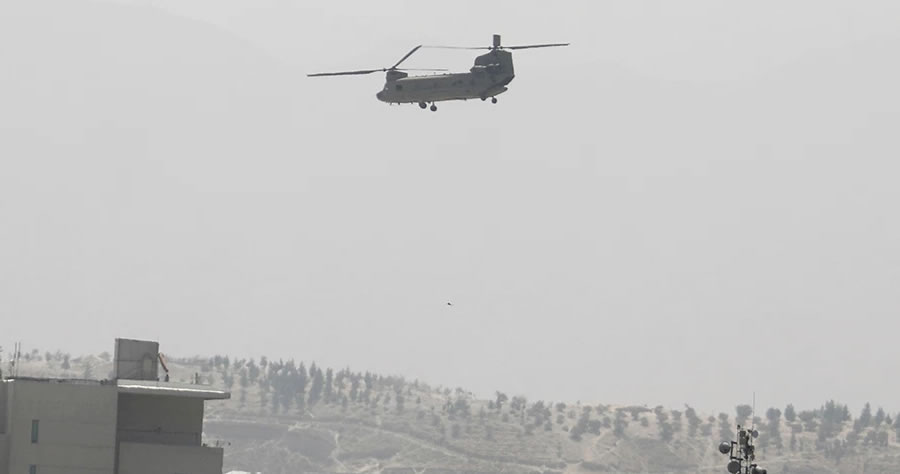 Taliban fighters entered Kabul on Sunday and sought the unconditional surrender of the central government, officials said, as Afghans and foreigners alike raced for the exit, signaling the end of a 20-year Western experiment aimed at remaking Afghanistan.

The beleaguered central government, meanwhile, hope for an interim administration, but increasingly had few cards to play. Civilians fearing that the Taliban could reimpose the kind of brutal rule that all but eliminated women’s rights rushed to leave the country, lining up at cash machines to withdraw their life savings. Helicopters buzzed overhead, some apparently evacuating personnel at the U.S. Embassy. Several other Western missions were also preparing to get staff out.

In a stunning rout, the Taliban seized nearly all of Afghanistan in just over a week, despite the hundreds of billions of dollars spent by the U.S. and NATO over nearly two decades to build up Afghan security forces. Just days earlier, an American military assessment estimated it would be a month before the capital would come under insurgent pressure.

Instead, the Taliban swiftly defeated, co-opted or sent Afghan security forces fleeing from wide swaths of the country, even though they had some air support from the U.S. military.

On Sunday, the insurgents entered the outskirts of Kabul but apparently remained outside of the city’s downtown. Sporadic gunfire echoed at times though the streets were largely quiet.

Taliban spokesman Suhail Shaheen told Qatar’s Al-Jazeera English satellite news channel that the insurgents are “awaiting a peaceful transfer of Kabul city.” He declined to offer specifics on any possible negotiations between his forces and the government. 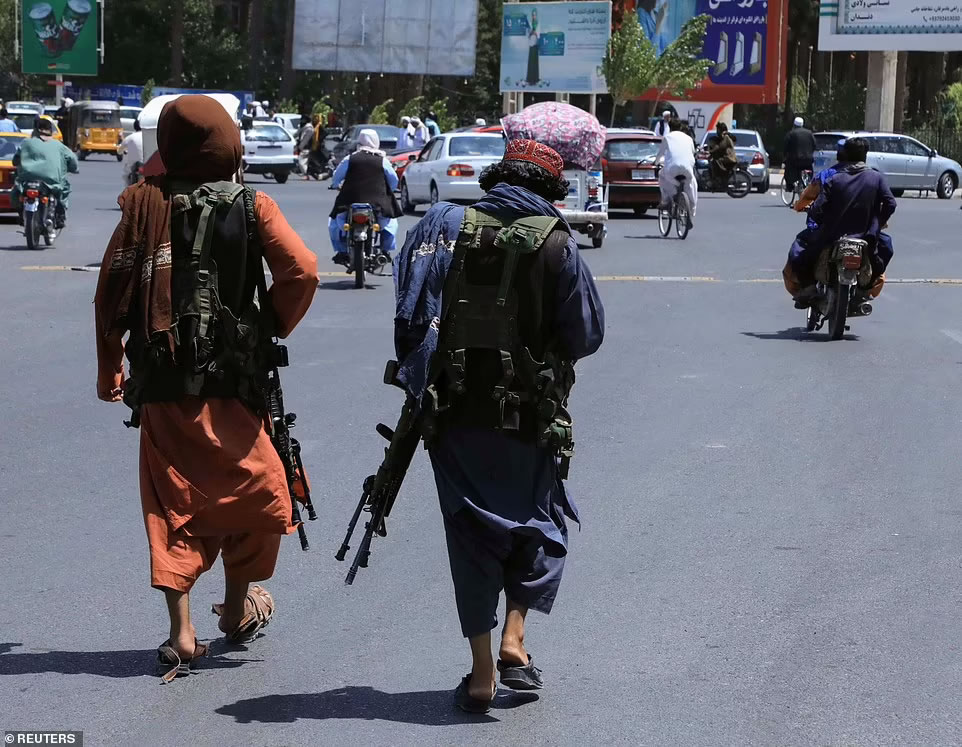 Taliban forces patrol a street in Herat, Afghanistan on Friday. Kabul, the Afghanistan capital, is now the only remaining major city still under government control

But when pressed on what kind of agreement the Taliban wanted, Shaheen acknowledged that they were seeking an unconditional surrender by the central government.

Taliban negotiators headed to the presidential palace Sunday to discuss the transfer, said an Afghan official who spoke on condition of anonymity for fear of reprisals. It remained unclear when that transfer would take place. 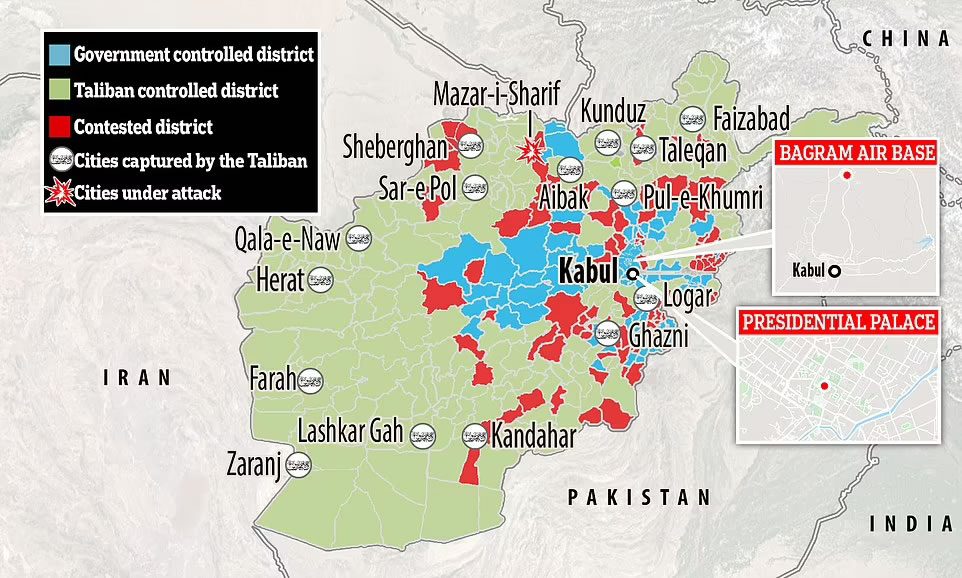