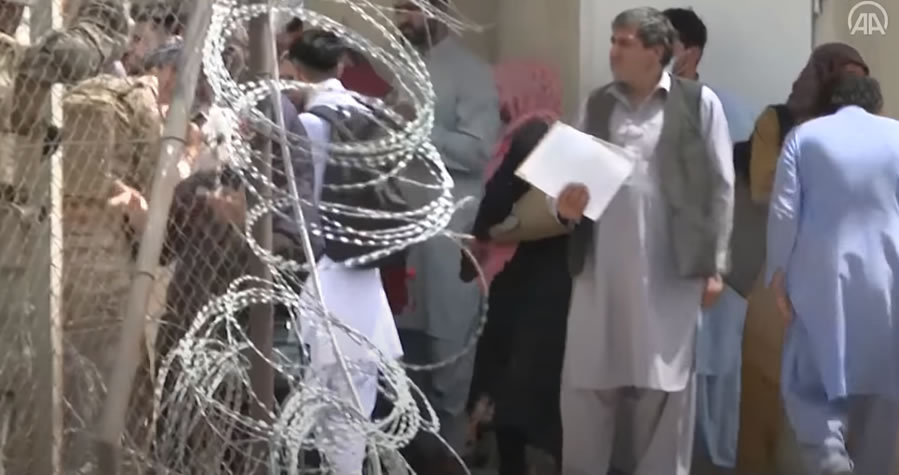 Taliban militants now in charge of Kabul have stepped up a hunt for people who worked with UK, US and Nato forces, according to a confidential United Nations document.

Fighters are going door to door and threatening to take family members hostage unless their targets surrender themselves.

The document leaked to the New York Times directly contradicts Taliban assurances that they would not seek revenge on members of the former government.

The manhunt has included searches of crowds at Kabul’s international airport, where thousands are still trying to flee the country on evacuation flights.

The document from a group called the Norwegian Centre for Global Analyses which provides intelligence to UN agencies, said there were reports the Taliban were working from a list of people they wanted to question and punish. The list included the locations of their targets.

Taliban had been going door to door and “arresting and/or threatening to kill or arrest family members of target individuals unless they surrender themselves to the Taliban,” the report said.

Members of the Afghan military and the police, as well as those who worked for investigate units were most at risk.

Earlier this week former British Army officers told The Telegraph that hundreds of Afghan commandos from elite units were in hiding and on the run, trying to escape. The units were the Taliban’s most feared adversaries and there are concerns their members will be hunted down and executed.

The document contained a letter dated August 16 from the Taliban to an unnamed counterterrorism official in Afghanistan, who had worked with US and British officials. The official has gone into hiding.