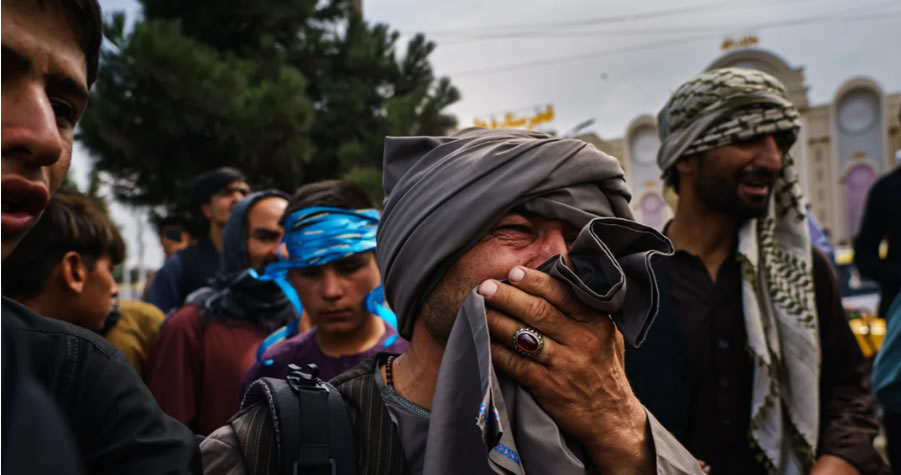 The Taliban reportedly killed a woman for not wearing a burqa on the same day the terrorist organization promised to honor women’s rights, according to a report from the New York Post.

The Post said that Taliban fighters shot and killed a woman Tuesday despite vowing to respect and honor women’s rights.
Fox News reported that a grisly photo of a woman lying in a pool of blood emerged from Takhar province.

In the photo, people identified as the woman’s loved ones can be seen crouched around the woman after she was reportedly gunned down by insurgents for not wearing a head covering while in public.

According to a Wednesday report from the U.K. Mirror, the woman was reportedly “executed by a rampaging death squad in [Taloqan].”

The New York Post reported that Taliban spokesman Zabihullah Mujahid announced that the insurgent group would “honor women’s rights” and urged women to return to school and work while handing out headscarves.