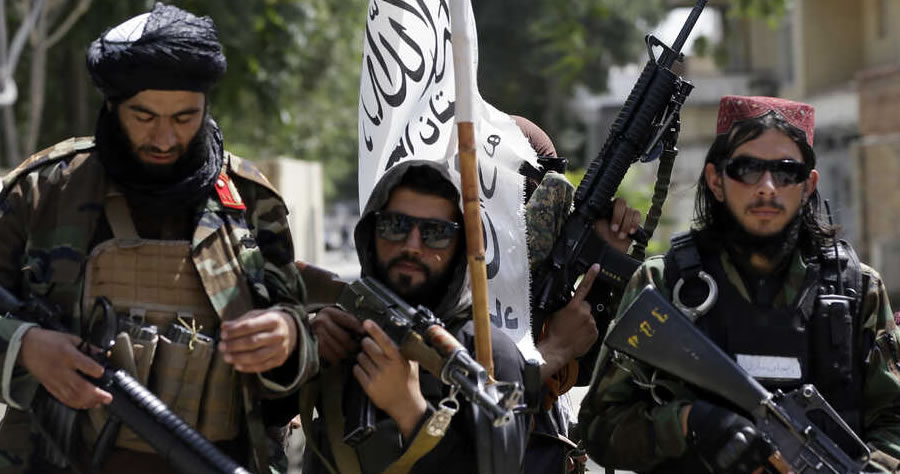 A former female member of the Afghan police, identified in reports only as Muskan, has told reporters gangs of Taliban fighters are going door-to-door and having sex with dead bodies as they round up women and girls as young as 12 as “spoils of war” sex slaves

Taliban “rape gangs” are having sex with corpses as they go door-to-door hunting sex slaves, a former policewoman has claimed.

The terrified former female member of the Afghan police, identified only as Muskan, told outlet News18 militants “don’t care whether the person is dead or alive” as they hunt down women and girls as “spoils of war”.

Muskan fled to India following the Taliban’s lightning-fast taking of Kabul, and told a broadcaster there the horrific situation for the women left behind.

She claims the Islamists gave “numerous warnings” that women and their families are under threat of death or physical violence if they go to work.

She added: “The fighters would not warn you twice.

“They rape dead bodies too. They don’t care whether the person is dead or alive. Can you imagine this?”

The militants have been going door-to-door, wrenching women and girls from their families, or shooting them, she added.

The grisly news comes as reports suggest the warlords have been hunting children as young as 12 to take as sex slaves following the takeover.