Taxpayers Paid For Propaganda To Feed Us Disinformation 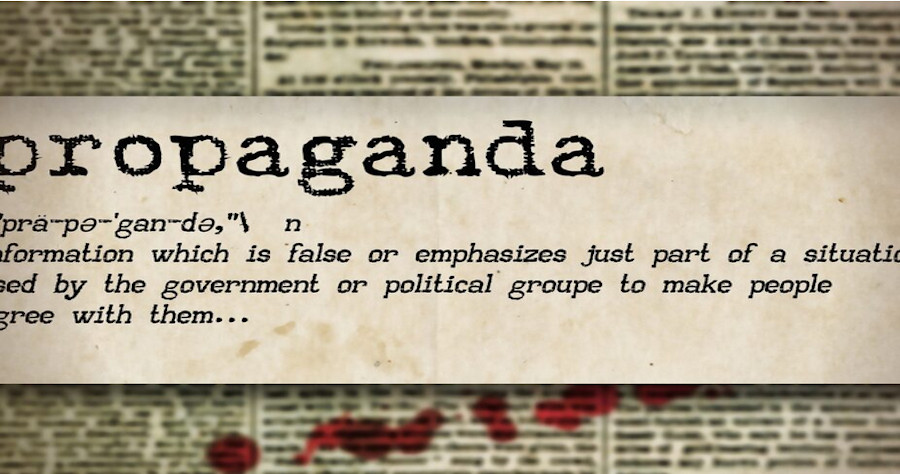 To push COVID vaccines and continued boosters the Biden administration has colluded with Big Pharma, Big Media, and Big Medical Establishment. And doing this while suppressing data on the many adverse impacts and deaths from the COVID vaccines.

There are several factors that should be recognized as showing how bad the Biden administration has performed.

Trump made an attempt to support early home treatment with generic medicines, but sadly got hoodwinked by the Fauci crowd to put major resources into COVID vaccines and even support lockdowns. The result has been very high death numbers, about 400,000 in 2020 before wide vaccine use, and this jumped to about 600,000 under Biden in 2021 when there were massive vax shots, despite CDC data that had long shown the vast majority of people had no significant risk of serious illness from COVID.

How should the government prevent awful infection, hospitalization and death data from convincing Americans that the experimental, fake vaccines really are both unsafe and ineffective?  Corrupt use of taxpayer money to immerse the public with one-sided propaganda.

Information has emerged that under Biden there has been massive spending of tax dollars on what should be seen as nothing but propaganda, mainly to get Americans to take the shot regardless of so much data on adverse health impacts and vaccine deaths.

A Freedom of Information Act (FOIA) request by The Blaze shows Health and Human Services under Biden spent $1 billion for a media campaign to build public confidence in, and uptake of, COVID-19 vaccines using mainstream news outlets. What a financial prize for the media.

Within the documents sent from HHS, The Blaze found that hundreds of organizations in the news media were paid to produce TV, print, radio, and social media advertising timed to coincide with an increasing availability of the genetic therapy shots.

The government also collaborated with social media influencers whose audience included “communities hit hard by COVID-19” and also engaged “experts” to be interviewed and promote the mass vaccination campaign in the news.  One of those experts was the ever-present director of NIAID and chief medical adviser to the White House, Dr. Anthony Fauci.  Fauci was nothing more than a propaganda shill for the federal government and Big Pharma. As a physician, he completely forgot his oath to first do no harm.

Virtually every one of the news organizations paid by HHS, including ABC, NBC, CBS, CNN, MSNBC, The Washington Post, Los Angeles Times and the New York Post, covered stories about the vaccines and did not disclose they had accepted taxpayer dollars to support the vaccine effort.

The Blaze offered several examples of thinly disguised advertising published as “news,” including:

Articles in the Los Angeles Times featured “experts” advising people how to convince their vaccine-hesitant friends and relatives to change their minds.

A Newsmax article in November ran the headline “Newsmax Opposes Vaccine Mandate, Here’s Why.”  The article, obviously an opinion piece, began by saying the mandate was a “dangerous overreach” and then proceeded to support the vaccine campaign with statements like, “The vaccine …has been demonstrated to be safe and effective” and “Newsmax has encouraged citizens, especially those at risk, to get immunized.”

Bill Gates is another financier of Biden propaganda. Using more than 30,000 grants, Gates has contributed at least $319 million to the media, which senior staff writer for MintPress News Alan McLeod revealed.  Recipients included CNN, NPR, BBC, The Atlantic and PBS. Gates has also sponsored foreign organizations that included The Daily Telegraph, the Financial Times, and Al Jazeera.  More than $38 million has also been funneled into investigative journalism centers.

The investigation showed that, among other media outlets, The Acorn Newspapers received $450,000 in forgivable federal “COVID” loans and $262,000 in County funding via advertisements, and Acorn’s coverage of public health policy was universally positive and affirming during that time.

The Guardian analyzed 18 months of Acorn issues and found virtually no disagreement in its pages with County policy regarding mandatory vaccinations, universal mask requirements, unprecedented control over local businesses, churches and schools, and other matters of public concern.

No mention was made in the newspaper’s pages of adverse reactions to COVID shots, people losing jobs, or disagreeing with the County’s drastic changes to medical privacy or basic freedoms. The massive disruptions taking place in families, schools, and businesses were virtually ignored by the County-funded Acorn and other local media.

Research also showed that the owner of The Acorn Newspapers, J. Bee NP Publishing Ltd, received a coronavirus-related Paycheck Protection Loan from the Small Business Administration of $444,335.00 in February 2021 through JPMorgan Chase Bank.  This loan’s status, last updated by the Small Business Administration in November 2021, is now listed as “Paid in Full or Forgiven.” Another source says the loan was entirely forgiven.

The Ojai Valley News, with a print circulation of just 3,000, received a whopping $42,955 in County ads, by far the largest amount in terms of cost-per-reader. According to the U.S. Census Bureau, the city’s population was just 7,470 people in 2019.

One of the largest chunks of COVID-messaging money went to the Ventura County Community Foundation (VCCF), which received $263,445 to conduct what it calls “vaccine outreach.”

“We have just lived through the most extensive propaganda campaign in the history of the world and it was paid for with taxpayer dollars.  You paid for it. I paid for it,” said Emerald Robinson, a former Newsmax reporter, who also said: “Fox News & Newsmax Took Biden Money To Push Deadly COVID Vaccines To Its Viewers.”  Robinson wrote that “nearly the entire corporate media took money from the Biden Administration to push the vaccines to their audiences without disclosing it. More importantly, so-called ‘conservative’ media organizations took money from the Biden Administration to spin positive stories about deadly and ineffective vaccines to their conservative viewers who were right to be suspicious — and did not disclose it.”

Despite all the bad data on COVID health impacts, the Biden administration has maintained blocks on the use of early home treatments using generics that a number of bold doctors have used very successfully.

So many truth-tellers have tried to inform the public about vaccine limits and risks, but we have been fighting powerful propaganda and, to a large extent, losing the battle.  Yet the fight must continue. Especially as the Biden administration pushes vaccine jabs for young children, and also pushes booster shots that reliable medical experts say are unnecessary.