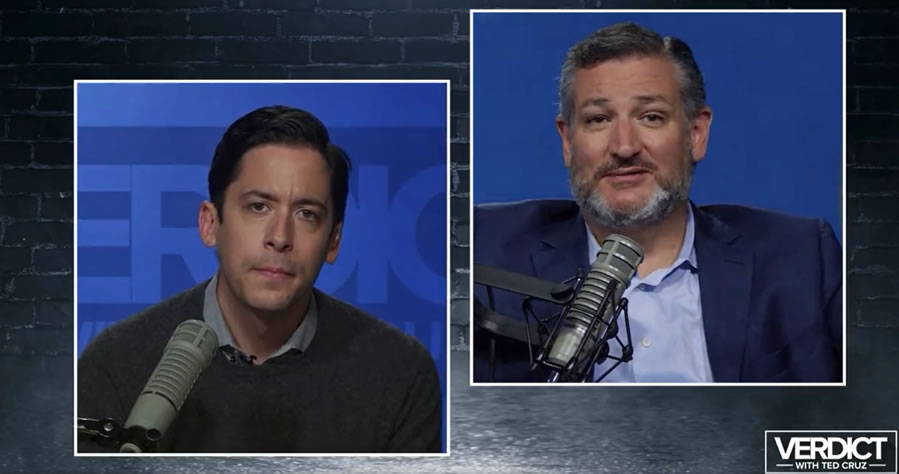 During Thursday’s episode of “Verdict with Ted Cruz,” the senator went off on Democrats for their radical agenda.

“The Democrats who are in power seem to be completely misreading the situation,” Cruz said.

He continued, “They got a lot of blunders, but as I can see it three really big prominent blunders they’re making right now on the economic front. Not only have they made a lot of poor economic decisions that have hurt the country and certainly their political position, but they’re not backing away from them.”

He explained, “Do you remember those videos that would come out every spring break, “Girls Gone Wild” and it would have lots of college women in bikinis or not bikinis?”

Cruz added, “It reminds me of much the same thing. This is Liberals Gone Wild. This is the crazy left that — this is AOC and Elizabeth Warren, thank God, not in bikinis, but embracing their socialist nuttiness. I mean, it’s literally like someone sat down at a bar and said, how much crazy crap can we do?”

“This is AOC and Elizabeth Warren — thank God, not in bikinis — but embracing their socialist nuttiness.” pic.twitter.com/AwGNTojx6z

Co-host Michael Knowles later responded, “I do wanna clarify, Senator, just on the ‘Girls Gone Wild’ point. I only ever watched that for the articles.”

He continued, “I think the analogy is very good that they’ve gone to extremes and followed their own wildest impulses.”