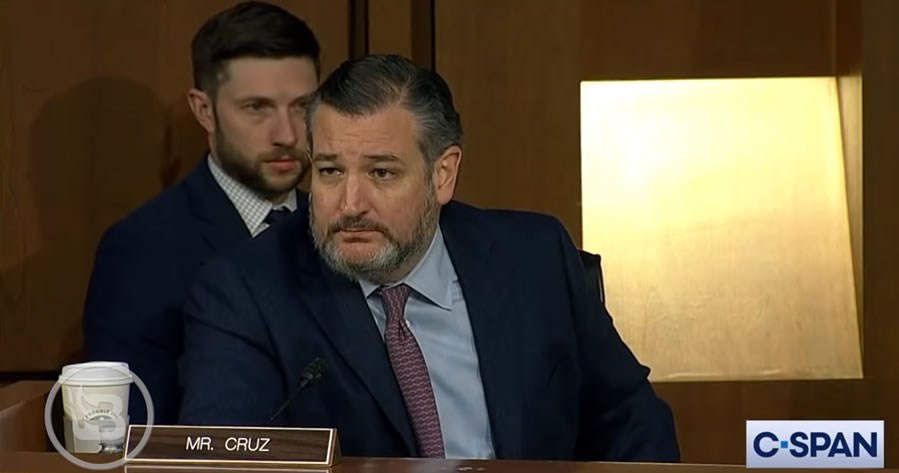 Cruz, who has been under fire from Conservatives as of late for referring to “terrorism” when talking about 1/6, asked the FBI director several straightforward questions like ‘how many FBI agents or informants actively participated in Jan 6th? And is notorious 1/6 catalyst ‘Ray Epps a fed?’
But Cruz was unable to get any real answers from Sanborn during her sworn testimony; the only thing she was able to respond with to the majority of his questions was ‘I can’t answer that.’

Sanborn did however admit to knowing who Ray Epps is, but acted as if she did not know anything about him before refusing to answer a direct question from Cruz on if he is a Federal agent.

Cruz ends his line of questioning by attempting to get a straight answer one last time with a very specific and pointed question.

“Ms. Sanburn, a lot of Americans are concerned that the Federal Government deliberately encouraged illegal and violent conduct on January 6th. My question to you – and this is not an ordinary law enforcement question, this is a question about public accountability – Did federal agents, or those in service of federal agents, actively encourage violent and criminal conduct on January 6th?

Sandborn defiantly responds, “not to my knowledge.”

If the FBI did not participate or encourage the eventual outcome of January 6th, they could easily say so. Refusing to answer the questions is all but direct confirmation of their involvement.

Hate @TedCruz all you want but these questions about FBI's role in 1/6 are vital: because it's what FBI did in the 1st War on Terror and with the Whitmer case, but also because there's ample evidence they did it here. The media's indifference is shameful:pic.twitter.com/68114jle6A