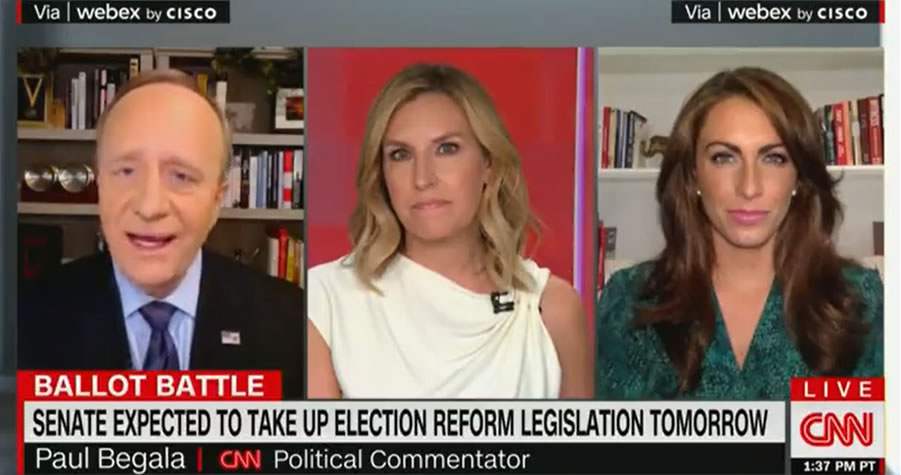 They have no record to run on for the 2022 midterms. The filibuster ploy has blown up in their faces. Build Back Better has been torched. The bill that would federalize all elections and tilt them in favor of the Democrats is going to die a legislative death as well. What American voter see is an inflation crisis that out of control. A supply chain crisis that has yet to be truly tackled by this administration. A southern border that’s swiss cheese, along with Omicron shredding the big promise of shutting down the virus. We’re rapidly approaching a grim benchmark: more people will have died of COVID under Biden than Trump. By his own words, Biden, who blamed Trump for COVID deaths, should be forced to resign. He won’t but the Democratic Party is sucking and the only way to fix that is to…bash its loyal supporters.

That’s what Democratic strategist Paul Begala, a regular on CNN, said this week. Begala made his name with Bill Clinton’s 1992 victory. Apparently, the real issue Democrats are facing right now is that their people suck.

Lol telling your voters they suck is a heckuva turnout strategy https://t.co/BJA20yIVcS

Democratic strategist @PaulBegala: “I think the problem for the Democrats right now is not that they have bad leaders. They have bad followers.” pic.twitter.com/gAXuDc1IYi

‘It’s your fault’—that’s the message. Yikes (via Mediaite):

“What we’ve seen with President Biden is what happens when he puts his full force and power behind an issue like infrastructure,” she told Politico. “What we want to see is that same power and passion being put behind voting rights,”

Begala responded by saying that the problem isn’t the Democratic leadership. Instead, it’s the children who are wrong.

“Well, he got infrastructure passed and that’s a good thing because success can breed success,” Begala said. “He is putting the full force of the presidency behind it. I think the problem for the Democrats right now is not that they have bad leaders. They have bad followers, ok?”