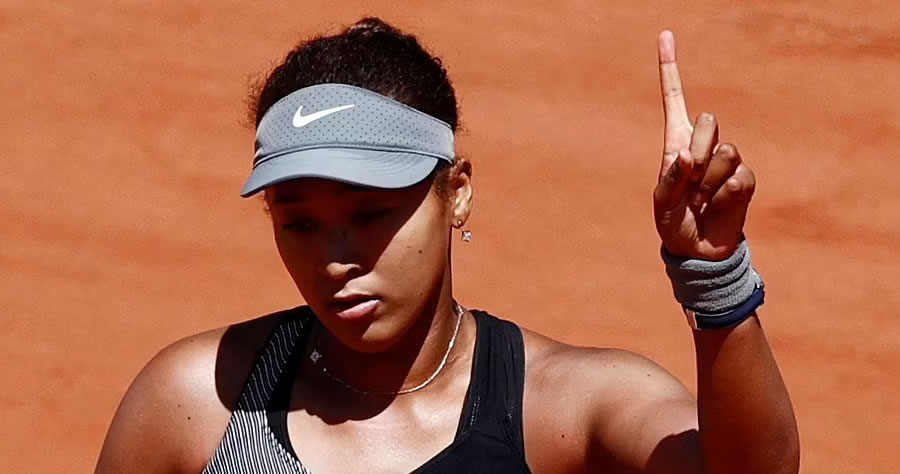 Tennis superstar Naomi Osaka arrived back at her $7million Los Angeles mansion on Tuesday, the day after spectacularly withdrawing from the French Open amid a row over her decision not to do interviews during the tournament to protect her mental health.

Osaka, the highest-paid female athlete in the world, flew in from Paris shortly after revealing her three-year struggle with depression and dropping out of the tournament.

‘I think now the best thing for the tournament, the other players and my well-being is that I withdraw so that everyone can get back to focusing on the tennis going on in Paris,’ Osaka said in an Instagram post on Monday, in which she said she struggled with depression and anxiety.

Osaka’s sister Mari had suggested on Reddit that the star didn’t want to be reminded of her record playing on clay, which isn’t as strong. She deleted that post afterwards.

Her coach, earlier in the day, tried to do damage control by telling German news site Der Spiegel: ‘In the USA, the issue of athletes wanting more freedom in their dealings with the press is very topical right now.

‘They simply don’t want to be threatened with punishments if they don’t feel well for a day. Naomi knows that it’s important to talk to the press.

‘She doesn’t want to change things for herself alone. It’s a matter of principle for her: she wants to bring about change here, too.’

Osaka’s sponsors, including Nike and Mastercard, have backed her decision.

Such deals have helped make Osaka one of sport’s highest earners. Her multiple sponsors have helping her to rake in $55.2 million in the past 12 months.

Only $5.2 million came from tennis winnings, while the rest came from endorsement deals with the likes of Nike, Beats by Dre, Mastercard and Nissin.