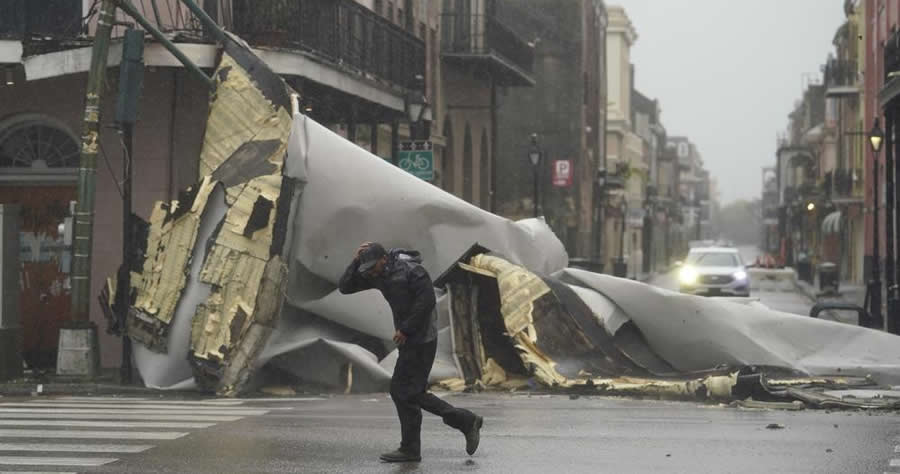 Hurricane Ida made landfall Sunday at 12:55 p.m. near Port Fourchon, Louisiana, which is 16 years after Hurricane Katrina ravaged the state. The Category 4 storm packed powerful winds of 150 mph, which makes Ida one of only three hurricanes that made Louisiana landfall with sustained winds of that magnitude, joining Laura (2020) and the Last Island Hurricane (1856). The National Hurricane Center declared Ida still to be a Category 4 hurricane in its 6 p.m. EST update.

The storm surge, which was projected to be up to 15 feet in some parts of the region, was so intense that it forced the mighty Mississippi River to flow in reverse as massive amounts of seawater was pushed ashore, according to Bloomberg.

“This is not the kind of storm that we normally get,” Louisiana Gov. John Bel Edwards said. “This is going to be much stronger than we usually see and, quite frankly, if you had to draw up the worst possible path for a hurricane in Louisiana, it would be something very, very close to what we’re seeing.”

EYE OF A MONSTER: @NOAA‘s #GOESEast 🛰️ gives an up-close look at the lightning swirling around the eye of #HurricaneIda, a dangerous Cat. 4 #hurricane, nearing the coast of southeastern #Louisiana.
Please stay safe!