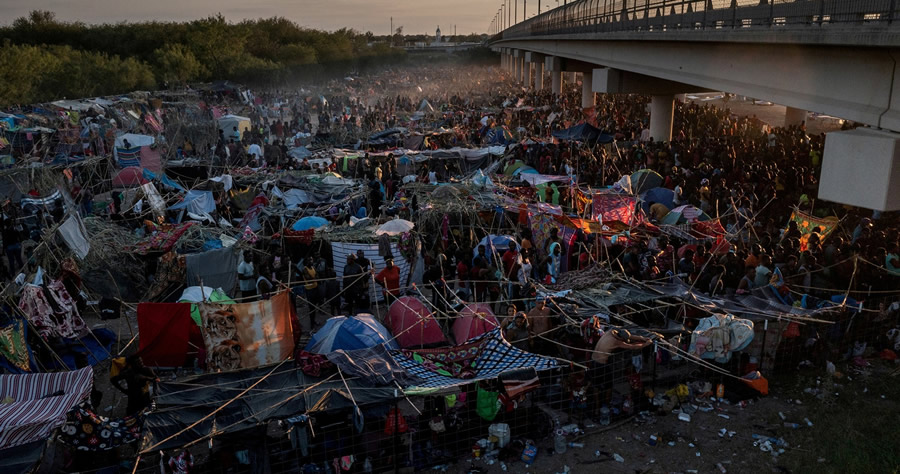 On Tuesday, the Texas County that was forced to harbor thousands of illegal immigrants under its international bridge voted unanimously to launch a lawsuit against President Joe Biden and asked other Texas border counties to join them.

“Because Border Patrol facilities were already over capacity, they had to place the illegal immigrants underneath the international bridge, resulting in third-world conditions while temperatures continued to reach 100 degrees every day,” Townhall noted.

“We’ve talked about immigration reform for as long as I can remember,” Val Verde County Commissioner Beau Nettleton stated. “Both parties have had control of Washington at one point or another over the last 20 years, and we have failed to do anything about it other than create the mess that we have today. It is inexcusable, and it is time that we get together with other counties and cities along the border and stand up and do something.”

#BREAKING Val Verde Co. to form coalition w/other border counties/cities to sue @POTUS “for failure to enforce the laws of the Constitution of the United States & failure to abide by his oath of office” & failure to protect/defend border. Vote was unanimous among commissioners. pic.twitter.com/GItZCvyyAT