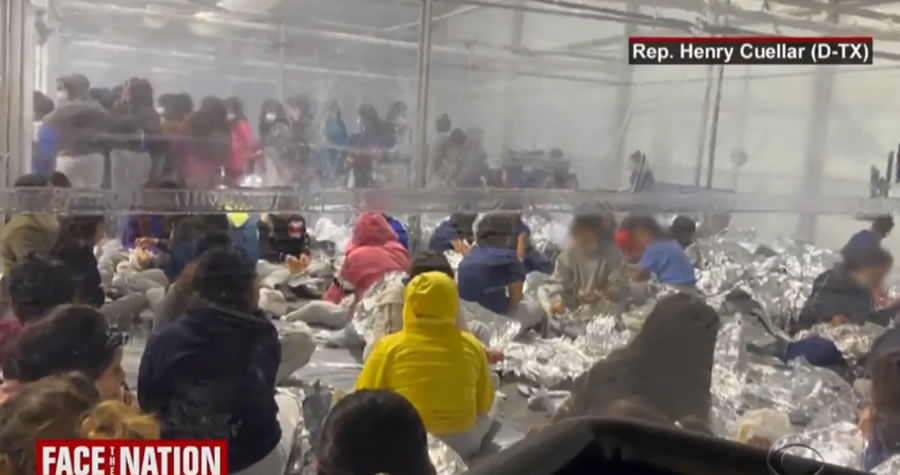 New photos have been released that show dozens of children who are packed into migrant facilities at the U.S. southern border. The eye-opening photos were shared by Democratic Rep. Henry Cuellar from Texas, who said that the unaccompanied minors were detained by Border Patrol for “far longer” than the 72-hour legal time limit. After 72 hours, minors are supposed to be transferred to a Health and Human Services facility.

Cuellar appeared on CBS’s “Face the Nation” on Sunday, where he revealed the packed conditions at migrant facilities. Minors are seen from wall-to-wall with no space for social distancing, and laying on the floor with mylar blankets.

The Democratic congressman said there are “groups of over a hundred individuals coming in into the Border Patrol custody” every single day. He said that it is “nearly impossible to reduce the numbers of people at the detention facilities” when there are hundreds of people illegally crossing over the U.S. border every day.

Tik Tok is about to put SNL out of business pic.twitter.com/lLTvF2fRdB