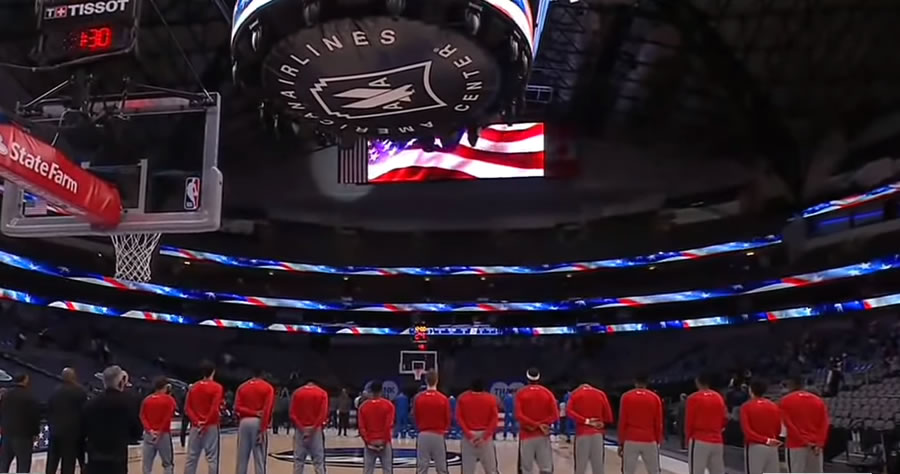 Texas state legislators on Monday voted to approve a bill that would withhold funding from state sports teams that choose not to play the national anthem before athletic events.

According to Senate Bill 4, also called the “Star Spangled Banner Protection Act,” professional sports teams would forfeit the opportunity to further receive state money and may be required to “repay any money paid to the team by this state or any governmental entity.”

The measure passed in the House by voice vote and is expected to head to Gov. Greg Abbott’s (R) desk on Tuesday for approval.

Opponents of the bill on Monday argued against the legislation, stating that it could be viewed as unconstitutional.

He previously tried to change the bill into a resolution that would allow the House to take a stand in favor of the anthem, but not enforce that stance with the law.

State Rep. Dustin Burrows (R), who sponsored the bill, pushed back against Democratic arguments that the measure would violate free speech.

“It’s very simple. If they do not want to play the national anthem, they don’t take the tax dollars,” Burrows said, according to The Texas Tribune. “If we’re going to go ahead and subsidize with hard-earned American dollars the sporting facilities and the teams in the different ways that I think is articulated in this bill, then this would apply.”