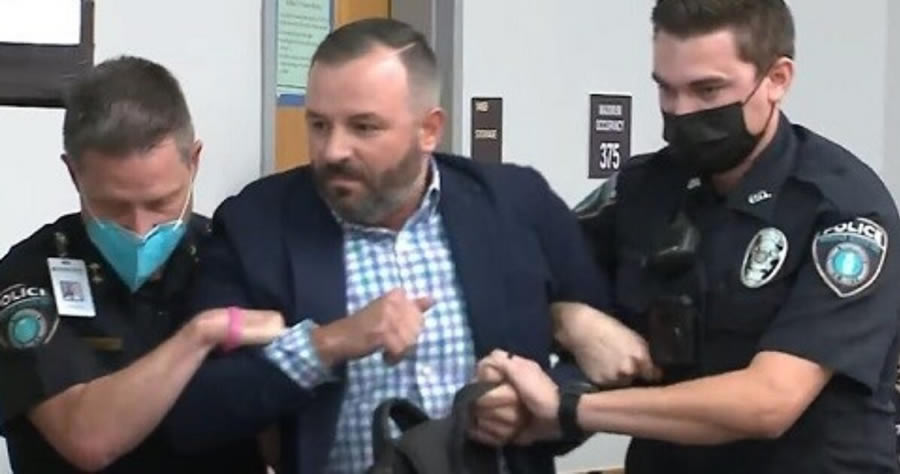 Tireless critical race theory whistleblower Christopher Rufo, among others, is blowing the whistle on another alleged outrageous action by a school board that evidently doesn’t take kindly to constructive criticism from the public.

In suburban Austin, Tex., two parents wound up getting arrested and thrown in jail for exercising their free-speech rights in separate incidents.

“The battle lines are clear: on one side, the Biden administration, public school bureaucrats, and their armed agents; on the other, parents and families who oppose school closures, mask mandates, critical race theory and corruption. Public school officials have demonstrated a willingness to use police power to silence and intimidate their opponents,” Rufo wrote in the New York Post

“If parents are to succeed, protesters must continue to organize peacefully and highlight corruption and abuses of power by local school officials.”

This particular controversy arose in Round Rock, Texas, earlier this fall where the school district runs its own police force.

We live in a very normal country where school boards can send cops to your house to arrest you and the FBI views parents as terrorists https://t.co/O3SSr2XNiP