The Beijing Olympics Are Everything You’d Thought They’d Be 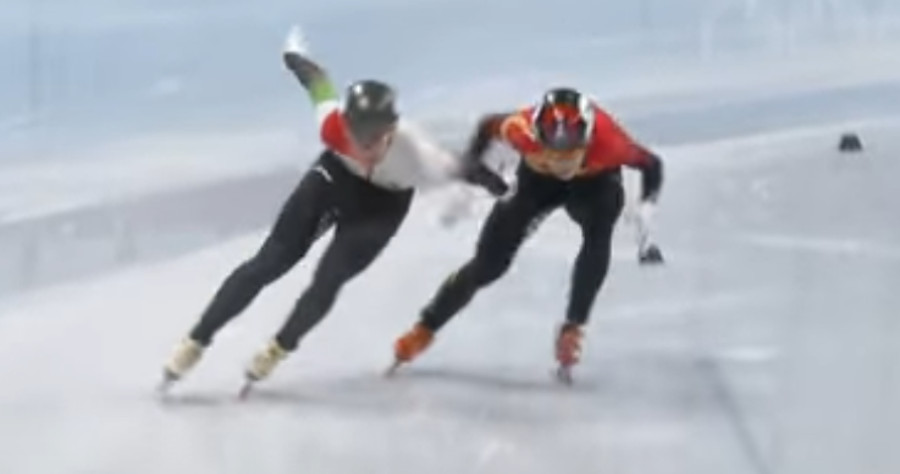 At least we can say the Winter Olympics are practiced at holding their events in a communist dictatorship, as they’ve held two of the last three in one. We’re just about three or four days into the whole thing, and already the stories of athletes being held against their will, shitty facilities, unprepared venues, and propaganda are spilling out. But oh, the amount of ads NBC gets to sell!

The Guardian ran a chilling though not surprising story yesterday of a few athletes and the hell they’re going through. It starts with officials not allowing for the bitter cold in the mountains for the cross country events and one skier was forced off with hypothermia (apparently Gregg Berhalter planned this, too). Calls for the events to be moved to earlier in the day have yet to be heeded as of this writing.

The Guardian article documents the isolation that some have found themselves in, whether testing positive for COVID, or in some cases not. And some might miss their events without any sort of explanation.

What’s encouraging is few are watching these Games as the opening ceremonies had the lowest rating ever. That’s a shame. Sorry, NBC.

Oh, and if anyone wanted to speak to the Uyghur woman who was used as a prop during the Opening Ceremonies, Dinigeer Yilamujiang, she was spirited away right after her event without speaking to the media at all. She’s barely been mentioned since the opening ceremonies by the Chinese press. She came and went, which wouldn’t be the worst description of how the Chinese government has treated Uyghurs overall. But don’t mention that to China.

And, to top yesterday’s fun off, the Canada-ROC women’s hockey game had to be delayed (still waiting as of writing) because the ROC medical team didn’t share their COVID test results with the Canadians. And the Russians had an outbreak earlier, and we know that transmission on the ice has happened in the past.

Meanwhile, NBC is happy to pump all the human interest stories and show you Americans competing for gold as if everything is hunky dory. As NBC is the main driver of these Games, they actually would have the power to do something. But again, those ad sales. Bonkers, they are.

One wonders how much worse it can get over the next two weeks, but it feels like plenty. But the IOC shouldn’t be able to hide from the grossness that they have come to embody, and these Games should hang around their neck like a millstone.

But the IOC fits into the category so many do, where it’s become “too big to fail.” Paris (2024 Summer Games) and Milano Cortino (2026 Winter Games) have already ponied up. NBC is locked in. We can at least count on France and Italy to not disappear anyone. But if they were in the mood, it’s unlikely anyone would dig too hard.

But hey, did you hear about this snowboarder’s second uncle who stubbed his toe one day yet? It’s quite a story, really colors in the background of this competition….

Reports from China are bad, no surprise there, and no one is watching