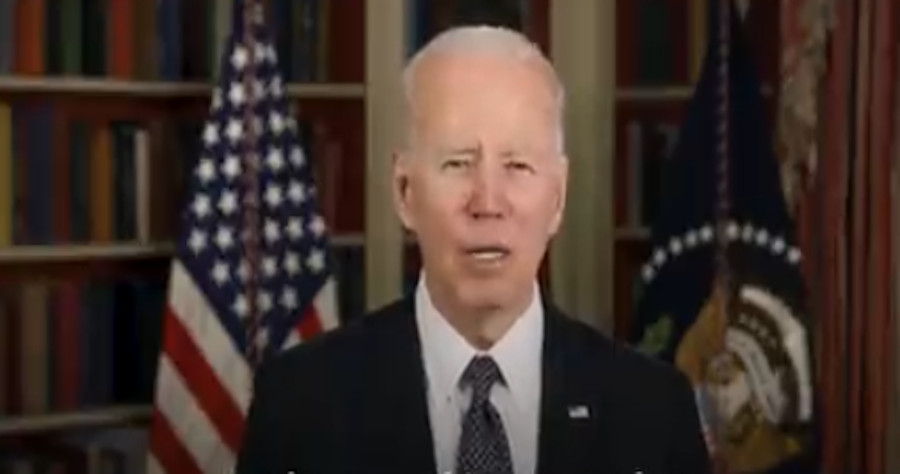 On Saturday afternoon, a disturbed young man with a history of concerning tendencies carried out a murderous attack on an unsuspecting grocery store. Eleven people have been killed so far, with more injured. It’s a tragic and gruesome episode.

Predictably, the corporate media and White House, in their ever-fascisct alliance, have been trotting out the patronizing narrative of white supremacy as the cause of this horrific attack. You see, white supremacy can be linked to MAGA, which can then be used to demonize anyone wearing a red hat or waving an American flag.

Maybe in this particular case the individual was motivated by race, but everything right now is circumspect. The Atlanta massage parlor shooter was considered anti-Asian before the bodies got warm and it turns out he just had weird sexual ideas. The Brooklyn subway shooter was black and we never even heard about that shooting in the media. So, pardon me for being skeptical about what the media portrays about race and motivations.

However, even if there is some truth, the race angle isn’t the whole story. Tom Elliot reported on Twitter that the “Buffalo killer says he specifically chose NY because their gun-control laws meant legally armed civilians would be limited to 10 round magazines.”

Elliot had the receipts, publishing a tweet that included some of the alleged writings from the shooter.

Buffalo killer says he specifically chose NY because their gun-control laws meant legally armed civilians would be limited to 10 round magazines. pic.twitter.com/JC41aVFegB

If bookies were taking bets, I’d wager the media and Biden ignore this line of thinking entirely. What’s more, a video corroborating this easy assumption shows a neighborhood resident saying exactly what we’re all thinking in times like these.
“If more people were armed—and knew what they were doing with a gun—because it’s not the gun. It’s the person with the gun that don’t [sic] know how to act.”

Oops, can we say that out loud?

It’s not like this is hard to prove. Where did a deranged lunatic open fire on a subway one month ago? Mass shootings never take place on a firing range. They take place in schools, churches, malls, and grocery stores. Most of these places openly denounce firearms.

Now, like I said, perhaps there is some early truth in this case that the shooter was somewhat motivated by race. He appears to have written a manifesto that blames everyone from Jews to blacks to anti-white capitalists as the reason for American society’s decline. Among other things, Axios reported that the rifle was insriobed with racial epithets and a “white supremacist numeric symbol.” The alleged shooter apparently wrote about “white replacement theory” and chose this area of Buffalo for its high concentration of blacks.

At this point, though, what’s worse? The fact that he was an idiot racist who cared about unimportant characteristics like skin color or the fact that he murdered innocent human beings? Joe Biden and his voters probably think the racism is worse.