The Choice Is In: First Woman Picked To Lead New York Police Department 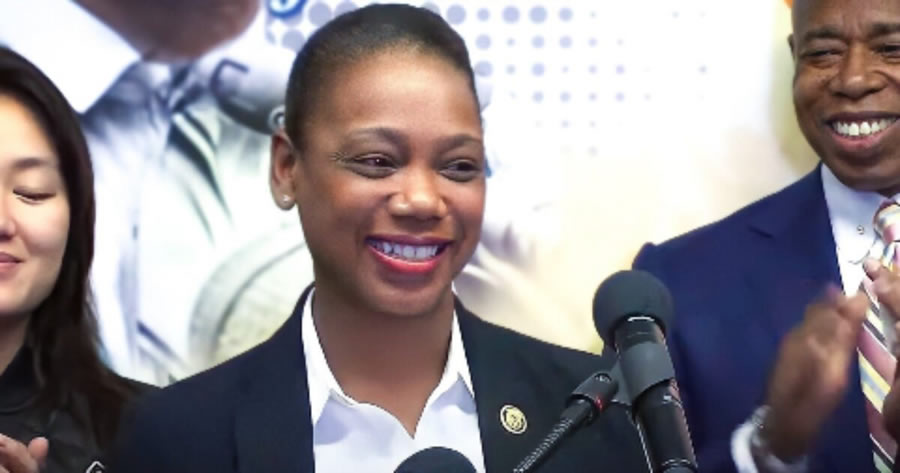 Sewell “is a proven crime fighter with the experience and emotional intelligence to deliver both the safety New Yorkers need and the justice they deserve,” Adams told the New York Post. Adams promised to appoint a woman to the role during his mayoral campaign “because it’s time to break that glass ceiling.”

Adams called his choice of Sewell, who has led 351 officers for the last 15 months, a “gut choice,” according to the NYP. Sewell grew up in Queens and has spent 25 years on the force.

While campaigning, Adams focused on cracking down on the city’s growing crime problem, which proved to be the most important issue for New York voters in a recent poll.

While at the helm of the largest police force in the country, Sewell will have to confront the city’s surge in violent crime. Shootings in the city surged 97% in 2020, although crime grew at just a modest pace in 2021.

Keechant Sewell, the Nassau County chief of detectives, will become New York City’s first female police commissioner. Her appointment was seen as one of the most important decisions for Eric Adams, the incoming mayor, as he fills out his administration. https://t.co/geRlhpYUlN pic.twitter.com/zUZuI4wZti