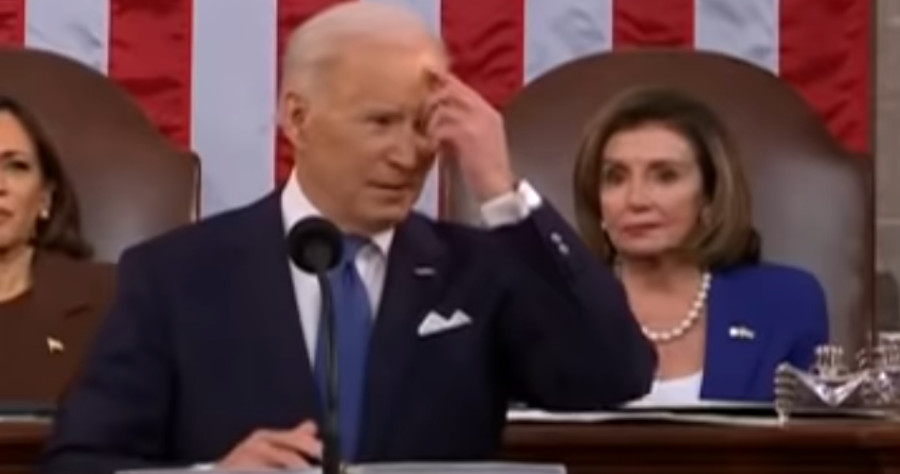 President Biden proposes $30 billion in new police and crime prevention spending over the next decade.

Police proactivity has greatly diminished after the riots/protests. Violence is rising rapidly.

President Biden will propose more than $32 billion in new spending to fight crime, two White House officials familiar with his 2023 budget plans tells Axios, putting a price tag on his State of the Union call to fund — not defund — the police.

Why it matters: Biden wants to show Americans he is addressing rising crime, which threatens Democrats’ fortunes in the midterm elections.

Details: The budget proposal to be released Monday will include $20.6 billion for the next fiscal year for Department of Justice discretionary spending on federal law enforcement, crime prevention and intervention. That’s $2 billion more than the $18.6 billion enacted for the current fiscal year.

The proposal also would mandate $30 billion in new spending over the next decade on a variety of programs to expand law enforcement and crime prevention. Details on those programs have not yet been released.

From The Crime Report: In an effort to tackle staffing shortages, the Chicago Police Department is lowering hiring standards for new recruits by dropping the college credit requirement for some candidates who have two years of military or peace officer experience, or three years in corrections, social services, health care, trades, or education, reports CNN.

At least two other big-city police departments, in Philadelphia and New Orleans, have made similar moves in recent years and New York City Mayor Eric Adams applauded Chicago’s recruitment practices, and hinted at plans to duplicate them, after a trip to the city to meet with Mayor Lori Lightfoot.

Migdalia Bulnes, deputy chief of Chicago’s newly created recruiting team for the agency, said that their goal was to open the pool of applicants to people who have work experience but were not able to attend college to obtain the 60 credit hours required for the job.

This is happening in cities throughout the country per media reports.

I posted the numbers from the Bureau of Labor Statistics below. Note that there are approximately 700,000 sworn police officers with approximately 300,000 civilians in support. The chart below provides information on local law enforcement and excludes state and federal agencies.

However, if you look at the latest data from the Bureau of Labor Statistics, the country lost 11,009 local police officers from March of 2020 to March of 2021.

If we have a trend line of 4,000 officers leaving for one year and a preliminary yearly number of 11,009 for one month of 2021 (representing yearly data), that indicates that we may have a bigger problem with officers leaving than we originally thought.

I am in contact with the Bureau of Labor Statistics for updated data which was unavailable at the time of this writing. I will post it in a future article.

During the same period a year later, agencies hired only 8.21 new officers per 100 current officers.

That is a 5% decrease in the hiring rate.

During the same period a year later, 4.91 officers resigned per 100 officers.

That is an 18% increase in the resignation rate.

During the same period a year later, 4.14 officers retired per 100 officers.

That is a 45% increase in the retirement rate.

Agencies With 250 Or More Sworn Personnel Saw The Biggest Decreases.

There was a 29% reduction in the hiring rate for agencies with 250-499 officers.

There was a 36% reduction in the hiring rate for agencies with 500 or more officers.

Agencies participating in the survey reported that there has been a 63% decrease in applying to become a police officer. Departments are also having trouble hiring non-white/minority applicants the most, followed by female officers, according to the survey (based on data from the Police Executive Research Forum)

Police officers in cities are no longer being appropriately proactive (per endless news reports) and proactivity is probably the only modality with a research base as to reducing crime, Proactive Policing.

Proactive policing prompts officers to take action (i.e., a person with a history of violence suspected of carrying a gun) when they have a legal right to investigate. But proactivity requires enormous risks and is the center of endless complaints against law enforcement. Many if not most big-city cops don’t want to end up on the front cover of the local newspaper if proactivity goes wrong. Proactivity required tremendous risk.

Data states that (72%) of officers are now less willing to stop and question suspicious persons, Pew.

It’s safe to say that there are far fewer police officers due to hiring, resignations and retirement issues. The question is whether or not decreasing numbers have an impact on violence or the provision of police services.

The Biden administration understands the political dynamics and is willing to spend billions to address the problem. The President is leaving behind the progressives who elected him who wanted a focus on police and criminal justice reform. It’s the administration’s acknowledgment that violence and fear of crime are at record levels.

Violence in the United States is growing rapidly. Arrests are plummeting. Correctional numbers are at record lows. Data indicate that resulting increases in violence are most impactful in cities, especially those that experienced protests and riots.

Per USA Today, violent crime surged after police across America retreated, USA Today. The topic of messaging to offenders and reform was addressed by PBS, PBS News Hour.

The best research-based plan at the moment to reduce violent crime is proactive policing; the modality that led us to numerous charges of excessive force and over-policing and was a partial cause of protests.

Under these circumstances, why would police officers willingly stay or engage in proactivity? If you ask them, they will tell you that they are doing exactly what protestors and citizens demanded. If they return to proactivity, which mayors across the country are asking, they want the rules of engagement written in stone. Communities demanding change need to participate and agree. Cops need firm guidance as to what communities want. They’re not getting it.

Violence reduction depends on sufficient numbers of well-trained proactive police officers with supportive communities. Although there was a consensus in most cities during previous periods of high crime, it doesn’t exist now. In the past, community leaders, politicians, and the media demanded that cops do whatever was legally possible to reduce crime. Some community leaders didn’t care about legalities, they simply wanted troublemakers gone. That was the basis of proactive policing.

When people believe that there is a breakdown in the ability of government to protect them, they purchase firearms, which is happening at alarming and record numbers per the FBI and industry sources. The vast increase in shootings is related to people engaged in retribution rather than the justice system handling their grievances. They now see cops and the system as impotent and unable to respond. Until that changes, violence will increase.

From The New Republic: “The Damning Truth Behind Cop “Walkout” Stories-The New York Times and other news media are laundering an exaggerated narrative about besieged officers—one that’s meant to threaten anyone who questions police power.” “Reporters are enabling a false narrative about demoralized cops fleeing their departments in the face of criticism for their misconduct…”

Based on the data, it’s my opinion that it’s the New Republic and advocacy publications that are creating a false narrative that is leading to the shattering of cities.