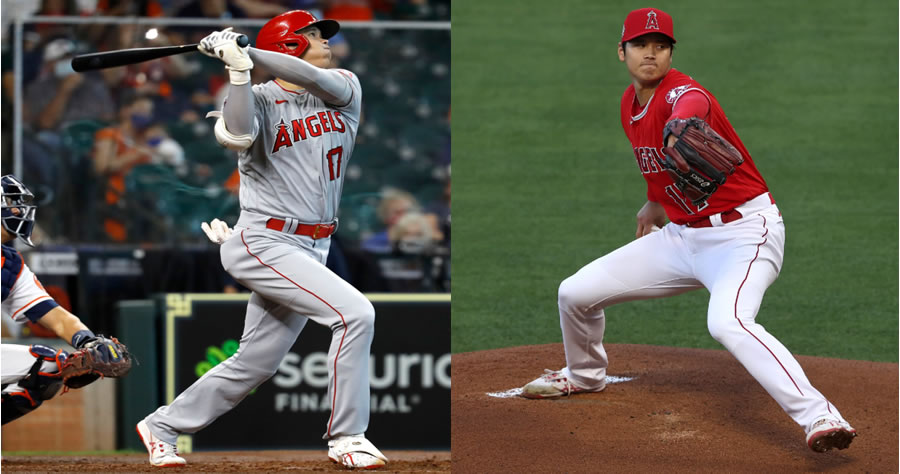 Every day Shohei Ohtani is on a baseball field it feels like he’s doing something that we haven’t seen in a long time. This time it’s actually something pretty wild.

When Ohtani started on Monday night he became the first player in almost 100 years to start a game while also leading baseball in home runs.

Who was the last player to do this? Some guy Babe Ruth who did it back on June 13, 1921 when he had 19 home runs. If we’re being honest the next closest guy probably had what, 2?

I know times have changed but that doesn’t diminish what Ohtani is doing. Ohtani and 7 others are tied for first with 7 bombs on the year, but the cool thing is none of the other guys happen to also throw 100 MPH and be a pitcher. It’s every night he’s doing something historic like this, he’s amazing. He is changing the way people look at these two way players.

You see Brendan McKay and a few others who can hit and pitch, but there has never been anyone in the last 100 years that is doing it like Shohei.

When Shohei Ohtani takes the mound tonight, he’ll be the first pitcher to start a game while also leading the league in HR since …
Babe Ruth, 100 𝔂𝓮𝓪𝓻𝓼 𝓪𝓰𝓸. 😱 pic.twitter.com/FsG650VD9p