The Multi Billion Dollar Weapons Cache Handed To The Taliban 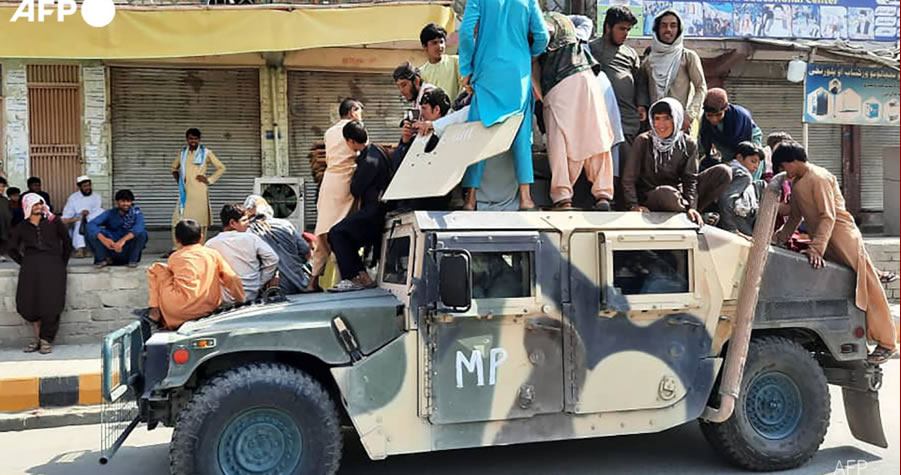 The Taliban has seized dozens of aircraft and thousands of weapons, vehicles and pieces of high-tech equipment in Afghanistan that was funded by the U.S. government, Reuters reported.

Billions of dollars worth of military equipment that the U.S. gave to the now-defunct Afghan military has been obtained by Taliban insurgents, officials with knowledge of the situation told Reuters. The massive weapons stockpile left behind in the Middle Eastern nation includes valuable technology such as night-vision goggles, unmanned aerial vehicles and Black Hawk combat helicopters.

“Everything that hasn’t been destroyed is the Taliban’s now,” an anonymous U.S. official told Reuters on Thursday.

Current and former officials said the federal government is increasingly concerned the technology could be obtained or sold to U.S. enemies like Iran, China and Russia which have vowed to maintain a diplomatic relationship with the insurgents who now possess the weaponry, Reuters reported. The Taliban invaded Afghanistan’s capital city Kabul on Sunday, triggering the sudden collapse of the Western-supported Afghan government.

Officials estimated the Taliban, which controls the vast majority of the war-torn Middle Eastern nation, is in possession of 2,000 armored vehicles and up to 40 aircraft, including Black Hawks and pricey ScanEagle drones, according to Reuters. Since 2003, the U.S. has given more than 600,000 infantry weapons like rifles, 162,000 pieces of communications equipment and 16,000 night-vision goggles to the Afghan security forces.

“The ability to operate at night is a real game-changer,” a congressional aide with knowledge told Reuters.

Other officials noted that the aircraft are incredibly difficult to maintain and operate, Reuters reported.

“The Biden-Harris administration has failed to provide an accounting of U.S. equipment now in the hands of the Taliban,” House Armed Services Committee Ranking Member Mike Rogers said in a statement to the Daily Caller News Foundation on Wednesday.