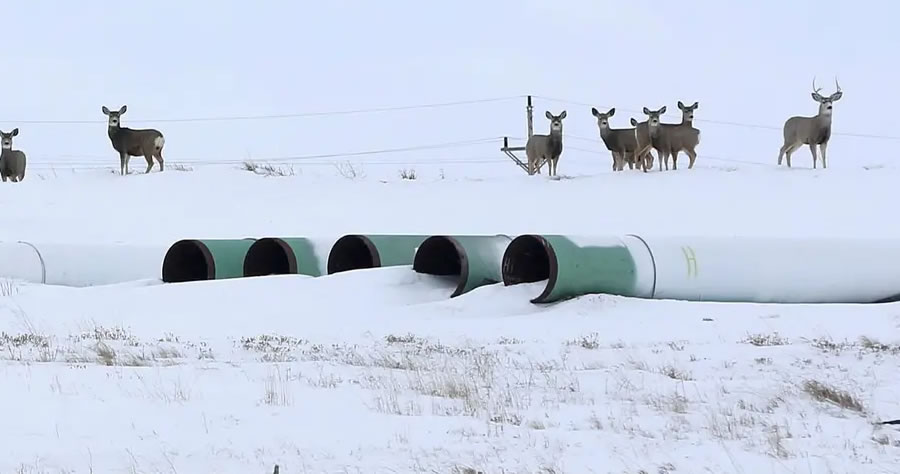 A Canadian politician is pushing for the the revival of the Keystone XL oil pipeline project that President Joe Biden canceled in January 2021. The move would boost US energy security amid the war in Ukraine.

“If the United States is serious about this, they could come back to the table and help us build Keystone XL,” Alberta Premier Jason Kenney said at a news conference on Monday, according to a video posted to Canada’s Global News website.

Kenney added that had Biden not shut down plans for the pipeline, the “democratic energy” it provided could have, by the end of the year, been displacing the “Russian conflict oil that’s filled with the blood of Ukrainians.”

The Obama administration rejected the pipeline due to environmental concerns, but President Donald Trump revived the project in 2017 and construction started in 2020. The pipeline’s developer, TC Energy, terminated the $9 billion project in June. Less than 10% of the pipeline had been constructed when Biden revoked a key permit last January, according to the Reuters Fact Check team.

The Keystone XL pipeline was slated to cover about 1,240 miles from Alberta to Nebraska, and to be able to carry 830,000 barrels of crude oil a day, per the Alberta government’s website. The US imported about 209,000 barrels of crude oil each day from Russia in 2021, according to the American Fuel and Petrochemical Manufacturers trade association.

Kenney said the Keystone XL pipeline could be built by the first quarter of 2023 if the Biden administration gives the go ahead, according to Global News.