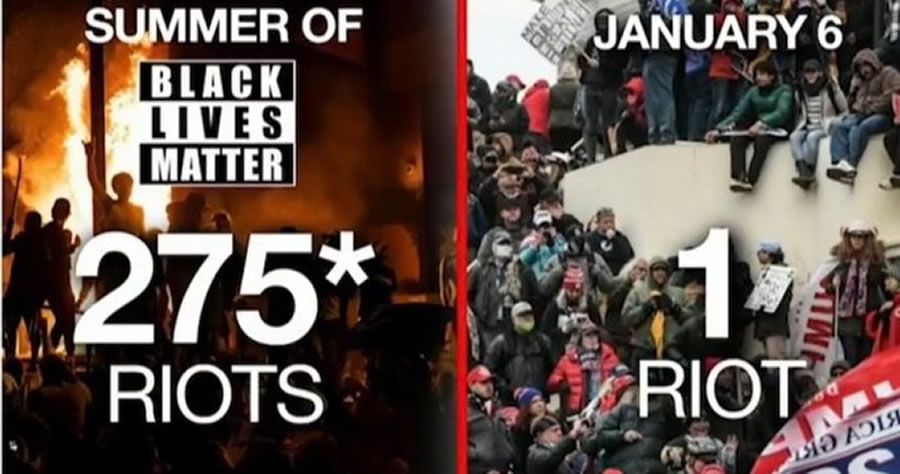 There were zero Trump rallies that turned violent during this same time period.

Then on January 6, after one million Trump supporters rallied with President Trump at the Ellipse outside the White House, some 900 individuals went inside the US Capitol. Over 400 have since been arrested even those who were waved into the US Capitol by the police standing at the exits.

Since January the Deep State and Democrats will not release videotapes to Republican lawmakers from January 6th inside or outside the US Capitol.

On Tuesday Revolver News published an important piece on the “unindicted co-conspirators” in the Jan. 6 attack who were never charged by the DOJ or FBI for their part in the violence on Jan. 6.

CAUGHT ON VIDEO: FBI and DHS Attempt To Recruit Former Green Beret to Infiltrate and Spy on Oath Keepers, Proud Boys – But He Recorded The Conversation!