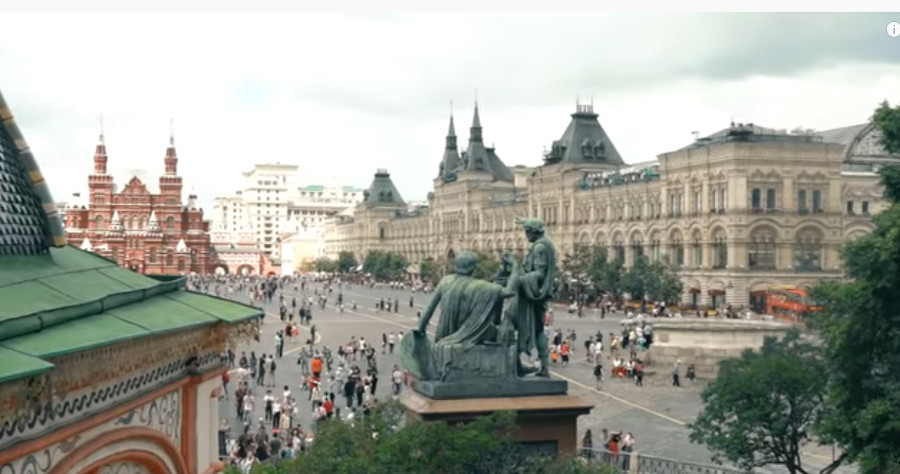 Russian President Vladimir Putin ordered the invasion of Ukraine Thursday. He’d been fixing on it for a while. Most of the world knew it was coming.

By nightfall, their advanced forces had reached the capital city of Kyiv, and the situation looked dire. In the ensuing bloodshed, the internet was awash in hot takes. Not insignificant among them: That treason is amiss on the right, where our elites detect an insufficient support for the White House — and an insufficient hatred of Putin.

They’re shocked their bugles ring hollow in the ears of so many conservative and Christian Americans. Our lack of enthusiasm infuriates them to their core; they’re shaking with indignation.

There’s no gentle way to say it, but the truth is that a lot of us hate our elites far more than we hate some foreign dictator.

So what’s the cause of this apparent treason? Why aren’t we charging? Why aren’t we all impressed with a government that’s afraid of racially profiling Chinese spies, or the carbon footprint of war in Europe? Why didn’t the Russians fear the diversity tweets of our NATO alliance, or our maternity flight suits and trans soldiers?

Why, they wonder, haven’t American conservatives flocked to their “racist” flag singing our “racist” National Anthem?

There’s no gentle way to say it, but the truth is that a lot of us hate our elites far more than we hate some foreign dictator. It’s a tough truth for the tough place our civilization is in — and surely, it’s a difficult truth for our ruling class to see amid the glare of their self-righteousness.

The Right To Rule

From Western Europe to West L.A., we know we’re governed by leaders in business, entertainment, and politics who hold scorn for our country, its history, its heroes, its people, and their religion.

They have the money and the power, too. They can freeze truckers’ bank accounts and mask children as young as three. They can order Australians into internment camps and host drag queen story hours. They can force vaccinations, close churches, arrest priests, bankrupt businesses, prosecute bakers, empty prisons, defund police, and sometimes even win votes.

One thing they can’t have, however, is the moral authority to rule a civilization they despise. They are the very thugs they claim to stand against; they have no legitimacy.

“But now is not the time for this squabbling,” we’re told. “Putin’s assault is an assault on the West!” But how can we take their call seriously, when they are the same leaders who ask if we can have schools named after Thomas Jefferson; the same who pine over what primitive tribes our land was “stolen” from?

Putin has no such qualms about his own civilization (and it’s one of the core reasons our elites hate him so). This week, he said Ukraine is Russia’s land, steeped in its religion, culture, and history, so Russia is taking it. Another hard truth is that amid a Western elite who has forgotten who we are, it’s easy to look abroad at our enemies and envy the confidence they have in their own civilizations. Why don’t our leaders have the same?

The very question infuriates them even further. How, they ask, can we not follow when they are the experts? The experts who told us “America was never that great,” or who questioned the American exceptionalism they now call on to defend the West?

Really: Who can follow a political left or establishment GOP calling us to defend Western civilization when just last week our culture’s triumphs were submitted as proof of our awful patriarchy? When they were apologized for?

Can we really take Ukraine’s inviolable border seriously, while defending our own is called racist?

Are we actually expected to ignore Putin’s claims of ancestral land rights in Ukraine, while we teach our school children to feel ashamed for living on land we say was stolen?

Of course not. These would be absurd.

“But how did this happen,” they ask. “How did conservatives turn on our rhetoric? On our wars?”

The only answer so many come to is, predictably, “Trump,” but the real culprits are in the mirror.

So Republicans and liberals can step up their podiums and their microphones and dismiss Putin as a mad dog and an enemy; after all, part of membership in our elite class is never having to think deeply.

But maybe — just maybe — in a moment of rare reflection, they might wonder why so many patriotic Americans aren’t following them. If they listen, a few might learn why so many are more interested in our enemies within, than their enemies abroad.