The So-Called Red Wave May Be An Overflowing Toilet 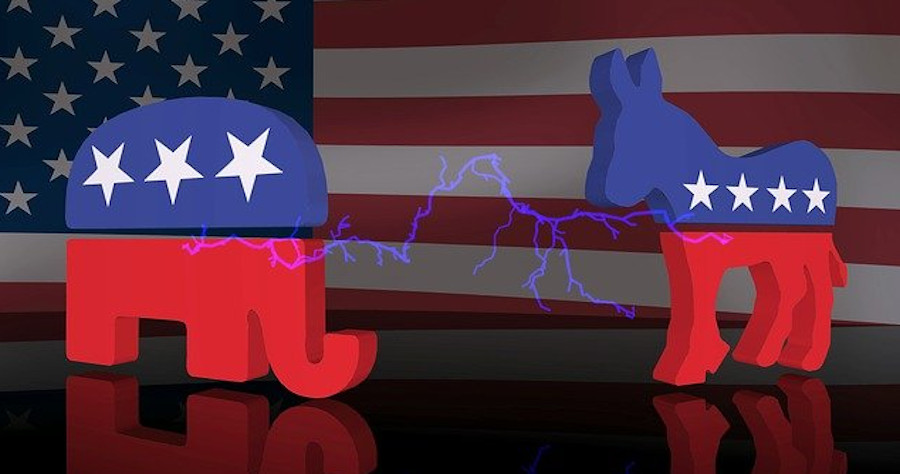 The other day (Friday, the 22) I happened to be listening to the David Webb radio talk show. I believe he had Tim Young on as guest host. In any event, a caller called in very excited about a book he was going to write about how the causes in our history (starting apparently in 1860) of racism, liberalism, progressivism, etc. (all the baddies of the “left”) were the fault of the Democrats. *

Continuing in a vein of somewhat imaginary “comic book” history equated with the Brian Kilmeade or Dinesh DeSousa types who reveal knowledge of American history slightly less than my knowledge of the political history of Somalia (somewhere around zero), the caller stated (paraphrased) that the Civil War (sic) was the good guy Republicans against the bad guy Democrats. The negrophiles against the negrophobes.

God save the Republicans. God **** the Democrats.

Silly, but common tautological tinkering among the readers of comic book histories, as well as faux-minded historians who seldom seek primary sources. The problem was that Young (or whomever it was) went into a dither about how great it would be if everybody knew this great truth; following with the congrats to the caller and the hope that he got his book published.

Now, my occasional riposte to such unread people with such ill-conceived foolishness is that this is the same kind of Democrat bilge spewed daily, though this comes from a conservative wannabee (the caller) who is following spewed Republican bile. Republicans for the most part lie and claim they are conservatives while Democrats lie and claim they are liberals. Neither is either.

Red and Blue they may be. But conservative and liberal, no.

The Republicans are touting a “red wave” in November. The Democrats are making a feeble effort to contain their predicted losses. But it doesn’t really matter. It is like your toilet overflowing; you don’t really care which of the two “waste products” are spread across the floor. You know there is a mess and the mix is from both. Whatever the wave, the results will stink. Remember, the wave will seek its own level in Washington, D.C.

Being a conservative guy myself I wish the “red wave” were conservative. It isn’t. Most of the prominent Republicans are as committed liars as are the Democrats.  Both want printed money, wars, welfare, sodomy-appreciation-day, etc, and most of all self-aggrandizement. What are they attempting to conserve?

The truth is, the so-called red wave prediction is really a Deep State tsunami hope.

When you hear McConnell, McCarthy, Graham, Haley, et al say otherwise, hide your wallet and hold your Bible (you’ll need it). The Republicans are the “let’s pretend” of political order. They are Saul, not David. The Democrats of course make the perfect Philistine foil.

The Democrats are corrupt but they don’t hide it. Considering whom they elect they are hardly pretentious.

The caller may also have been, like Dinesh Dsouza, a naturalized American. He seemed enthusiastic enough but– as too many have had– seemed to have had a warm bath in public education.  Such an education isn’t as dangerous as a lobotomy, but about as useful.

T.V. personalities like Kilmeade apparently have the same type of background, though if he were privately tutored (I have no idea), the money was ill-spent it seems, considering his historiographical interpretations.

Claims that the Democrats were responsible for slavery as if American political parties in the 17th century existed and/or had any power to finance slave ships are not even good comedy.

If his target is the Democrats (formerly Democrat/Republicans) of the late 18th and 19th century they were, as a party, no more or less responsible than the Whigs. All slave traders were Northerners regardless of a political party. In any event, political party members were not then (nor now) a majority of the people. And Democrats held high numbers both North and South after 1787. Republicans (mostly Abolitionists and former Whigs) simply wanted no blacks (free or bond) permitted into the western territories. And most, like Lincoln, supported the American Colonization Society, designed to repatriate slaves to Africa.

So that’s that to the caller who aspires to a writing career.

Hope he stops writing his misinformation gathered from “historical scholars.” The same junk has been written by the worst of them and it is as ill-conceived now as ever.

Kurt Schlichter wrote an interesting article on Town Hall recently (2016) entitled Liberal Attempts to Silence Dissenters Will Not End Well. I thoroughly enjoyed (and agreed with) it. There was a place for comments at the bottom and I toyed with the thought of inserting my comment which would have entailed or encapsulated the words of Lord Acton and/or Robert E. Lee after THE War.

However, even those who bevel genuine conservative angles to their voices somehow will recoil when the notion is presented that the most important event in the history of the American federated republic beyond the breaking away from the British Empire was the comparable War for Southern Independence and its results.

Southerners are conservatives by nature, conjoined with their tarrying to the land and the God who created it all in the first place. Needing conservative votes (what they call conservative since they are not themselves), the Republican chargers praise the South, though reminding them always of their misled attempt at destroying the “country” so they could keep slavery intact for a free source of labor, and could pass the time by bullwhipping blacks into “Yas Suh, Mr. Confederate.” They need to repent so all conservatives can join together harmoniously in singing The Battle Hymn of the Republic when Ole Miss plays Alabama.

Through political arm twisting (like with NASCAR) some may join in. As for me, I will be in the wings whistling Dixie and waiting for hell to freeze over.

Even an offhanded comment about Jefferson Davis and his concerns for the American Union has brought the ire of the T.V. or radio host or guest for not suggesting Davis was no more than a traitor and the ilk with which he associated himself: Stephens, Lee, Jackson, et al. Not only that but great British types like Lord Acton or Charles Dickens should never be mentioned in the same breath as those moderately learned men of the American South since it was clear that those ancient Brits were deceived by rich cotton planters.

Following each paragraph of Schlichter’s comments, he interjected the one-liner “This will not end well.” That is the result, as per his article, of the attempt to silence conservative thought. Well, my message to those conservatives who register themselves as admirers of Lincoln, Seward, Stanton et al is the following postulation: If you do not seek a more careful study of the South, the former American Union, the Confederate States of America, and the modern so-called civil rights acts to redeem blacks into a particular political party then Liberals will ultimately silence dissenters and the kind of corrupt wickedness bred into contemporary politics (at all levels) with its concomitant vile human flotsam will continue. And, indeed, this will not end well.

Just for the record, Lord Acton who famously wrote the oft-quoted gem: “Power Corrupts and absolute power corrupts absolutely,” wrote to Robert E. Lee after the war and said:

“I fear more for what was lost at Appomattox than what was gained at Waterloo.” Acton knew Republicans from republicans.