‘The Squad’ wants to cancel student loan debt, including their own 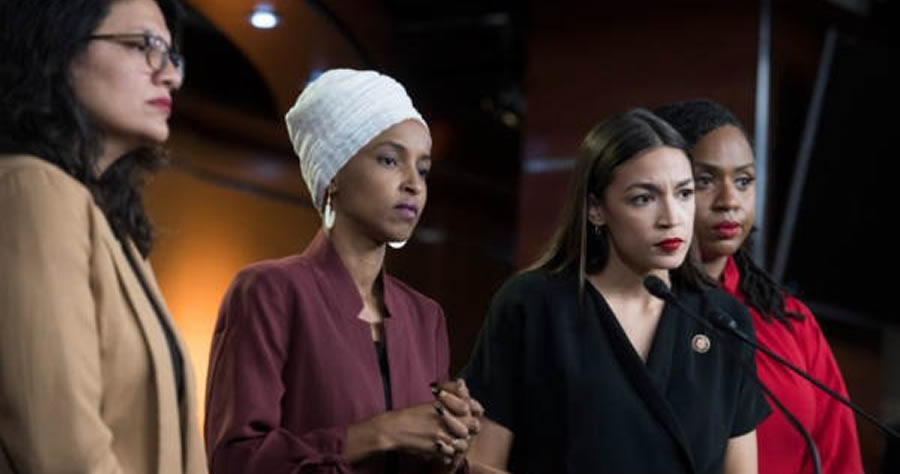 Altogether, the debt-ridden congresspeople, led by progressive New York Rep. Alexandria Ocasio-Cortez (D-NY), owe between $180,004 and $400,000 in student loans, according to federal records reviewed by the New York Post.
Ocasio-Cortez had a balance of between $15,001 and $50,000 in federal student loans as of 2020, AOC’s most recent personal financial disclosure show.
The economics major, a Boston University alum who graduated in 2011, has still not paid off the debt, despite a $174,000 annual salary, a zero percent interest rate, and no payments due since March 2020, the New York Post reported.
“I’m 32 years old now, I have over $17,000 in student loan debt. And I didn’t go to graduate school because I knew that getting another degree would drown me in debt,” Ocasio-Cortez, the daughter of a Westchester architect, said in December.

“It definitely seems like a conflict of interest to me,” said high-profile attorney Harmeet Dhillon. “Rep. Ocasio-Cortez is single, has no children, and is earning almost $200,000 in salary and benefits. She should be setting an example for her constituents and paying down her debts,” the lawyer added.
Rep. Jamaal Bowman (D-NY) carries between between $100,001 and $250,000, according to 2020 financial disclosure, the New York Post reported.
Bowman has also been vocal about student loan cancellation in recent months.
“The president has authority and the moral responsibility to cancel student debt right now,” Bowman, who has degrees from the University of New Haven, Mercy College, and Manhattanville College, said on the House floor back in December.
Rep. Rashida Tlaib (D-MI) has indicated in financial disclosures she owes between $50,001 and $100,000 in law school loans, according to paperwork. The former Western Michigan University student also wants to empty federal prisons.
“We have to stop treating … folks that are paying for education as if they bought some bougie car,” Tlaib said during remarks on the House floor.
“I certainly do think it presents a conflict of interest, and I don’t know how anybody can realistically … tell me how this is essentially different from insider trading,” Rep. Scott Perry (R-PA), chairman of the House Freedom Caucus, told the New York Post. “The important thing is that, number one, they made a commitment and, number two, [debt cancellation] would personally enrich them.”
Read Full Story