The State of Joe Biden’s Union: Global And Domestic Chaos 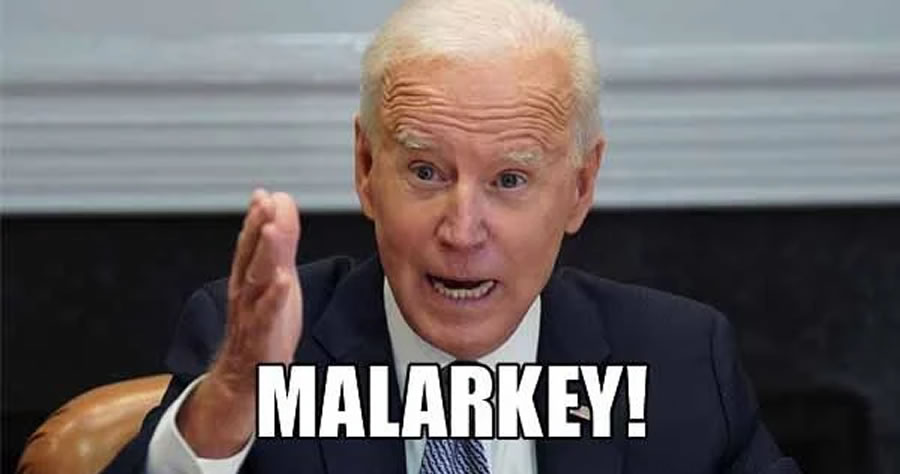 This coming Tuesday, His Fraudulency Joe Biden will make his State of the Union address, and do so after he has spent the last year plunging both America and the world into chaos.

How both he and the Misinformation Media will try to gaslight us into believing differently is now painfully obvious. We’re going to hear a lot about jobs created (when they were not) and how many people have been vaccinated (but not the fact that more died under Biden than under Trump). We’ll be told it’s only a coincidence that the CDC suddenly realized The Science would allow us to unmask just days before this speech. We’ll be told the adults are back in charge. We’ll be told Biden is a True Statesman —and so on and so forth, and spin and lie and lie and spin.

Yes, this walking corpse and his army of media propagandists will do their worst, but the outcome is assured: none of these lies will succeed. The era of the corporate media swaying public opinion has ended (see here and most especially here). Therefore, try as he might, the worst president of my lifetime will not be able to paper over the truth of his failure, of the chaos he has reaped at home and abroad.

After four years of peace under Trump–of North Korea tamed, of peace deals in the Middle East, of Putin at a total standstill–Biden’s blundering and blustering, his obscene and shameful Afghanistan withdrawal, his dotage and stupidity, his killing of our energy pipelines while approving Putin’s, have all brought about a terrible war in Ukraine. Where this war could lead is unthinkable.

After four years of economic growth, record low unemployment, and every sign of a V-shaped, post-pandemic recovery, Biden plunged us into the economic crisis of record inflation, supply chain snarls, a faltering Wall Street, and a dying Main Street.

After Trump turned America into an energy-independent nation, Biden shut that down, which not only emboldened Putin’s criminal adventurism but once again put America at the mercy of Middle Eastern countries that hate us. The result is the doubling of energy prices—the cruelest tax on the poor.

After Trump handed Biden a miracle vaccine, the very same vaccine Candidate Biden told Americans not to trust, His Fraudulency bungled the rollout so badly one can hardly believe the results. Fact: more people died under Biden (who had the vaccine) than died under Trump (who did not).

Biden’s cynical and sadistic decision to put all his eggs into the Vaccine Basket, ignore life-saving therapeutics, and use vaccine mandates as a political tool to divide society and scapegoat and dehumanize the unvaccinated needlessly killed countless Americans.

Biden exploded the deficit, and the result is the record inflation eating the poor alive.