Tweets From Harris and Biden About Russia DID NOT Age Well 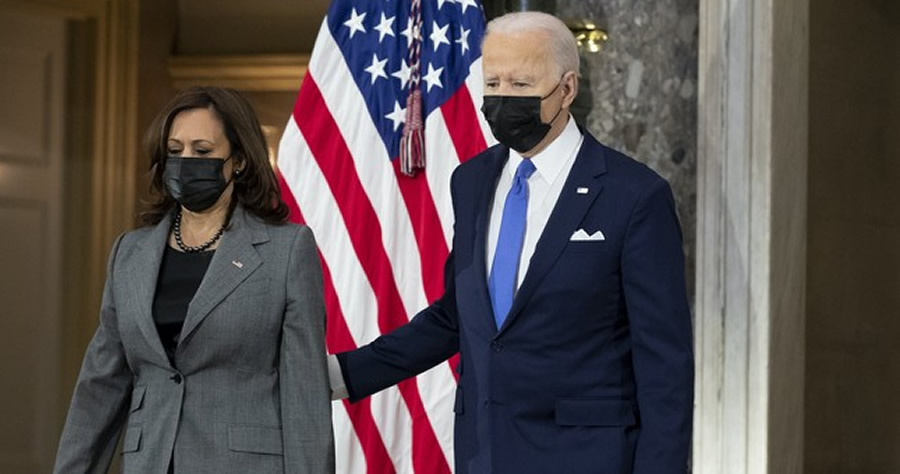 Russia invaded Ukraine yesterday. Russian troops entered the eastern part of the country, where the two would-be Russian separatist republics were recognized as independent states by Moscow. Biden did nothing. Oh no, wait—that’s not fair. He sanctioned them, which I’m sure sent chill down Putin’s spine. Moscow knows it can inch closer and closer on this issue because Joe can’t do anything. He won’t do anything. He’s part of the old Obama era, who were kicked around all over the world because everyone knew their hand. Joe is even worse. Yet, he was Mr. ‘Tommy Toughnuts’ when it came to Russia during the 2020 election.

Oh, no—Joe. He wants you to be president…because he knows you can’t the job. He’s invaded. We’re running away again. And all you did was…slap some sanctions.

Over the weekend, it was reported that Putin and Biden would meet for a summit on the basis that Russia does not invade Ukraine. It was one of those ‘in principle’ agreements. Yeah, that’s not happening. The Russians say there are no concrete plans on their end, and with this invasion—it’s probably not going to happen.

Yet, meeting one-on-one with the Russian president. Isn’t that a bad idea or something? That’s what Harris felt in 2018 when Trump was in office.

Especially given the indictments yesterday, the President should not be meeting one-on-one with Vladimir Putin. We must hold Russia accountable for their attacks in 2016.