‘Maybe someone should school this nitwit’: The View Host Says That A Black Republican Is An ‘Oxymoron’ [VIDEO] 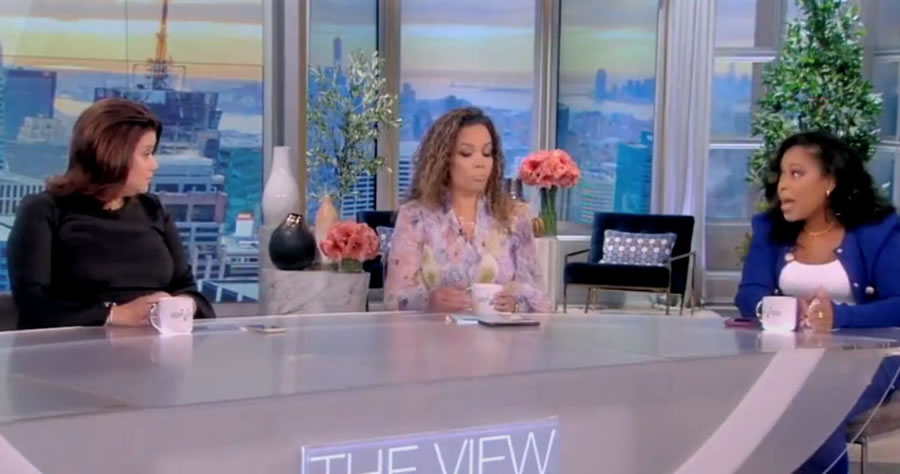 Sunny Hostin insulted one of her guest hosts on “The View” on Friday who identified as Republican, saying that black people and Latinos can’t be Republican, and that it’s an “oxymoron.”
“I’m a black woman first, so always understand that,” stated guest host Lindsey Granger, a black woman, to Ana Navarro, another guest host, who works for CNN.
“But I do say that I have many conservative values that I will talk to you about, and so if you look at your network that you’re standing behind,” she continued, still talking to Navarro, but then being cut off abruptly by Hostin.
“Are you a Republican?” asked Hostin. “Yes,” Granger answered, trying to continue with her point, bringing up now-disgraced ex-CNN correspondent Chris Cuomo.

Were these Republican black men “oxymorons” too?? Maybe someone should school this nitwit on African American history in politics. pic.twitter.com/JZAU7QpG76

Translation: “How dare you think for yourself!!!!”

Sunny, it’s not necessarily the politics we appreciate, it’s the conservative values that we love. You obviously don’t mind crime and drugs destroying the black community, but we do. THAT’S THE DIFFERENCE 🤷🏾‍♀️

The first 23 Black members of Congress were Republicans. Were they “oxymorons”? @sunny pic.twitter.com/6WTxJFSRSm