The View: Kellyanne Conway Gets Into Furious Exchange With Alyssa Farah Griffin Over Trump Support [VIDEO] 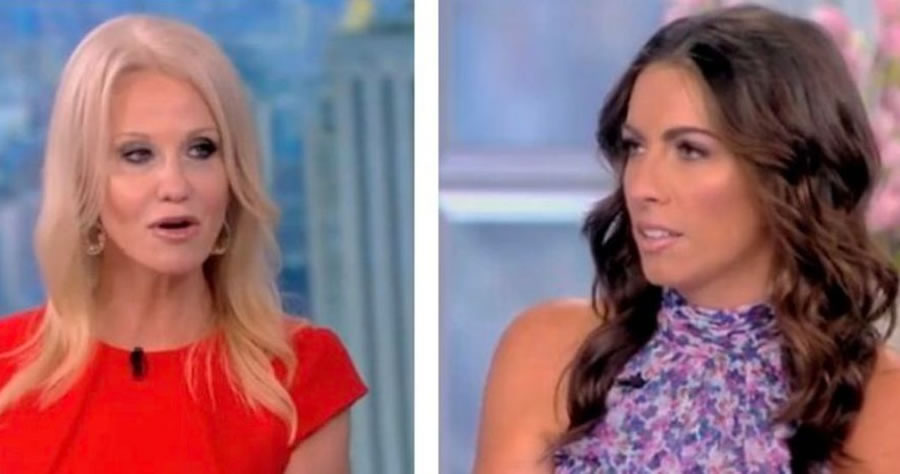 Griffin asked Conway how she is able to defend the former president in the aftermath of the January 6 Capitol riot and if she still believes he could be a good president despite trying to allegedly “overturn our democracy.” Conway responded that she left before Griffin and had not seen her since she “changed.”

“As we all did,” Conway said. “But I appreciate that, I think there was a lot wrong with the 2020 campaign and I think in addition to that, afterwards. Your former boss, Mark Meadows, who was a terrible chief of staff, the man did not match the moment for a global pandemic or an election campaign.”

“Neither did Donald Trump,” Griffin interjected. Conway then pointed Meadows’ alleged weak handling of the Black Lives Matter protests and riots after the death of George Floyd, saying he “did not match the moment.”

“But do you think that Donald Trump matched the moment?” Griffin pressed.

Conway shifted to Griffin’s original question saying she condemned the Capitol riot live on ABC News. Griffin then pressed that she still supports Trump despite the events that followed the 2020 presidential election.

“But you still support Donald Trump right now,” she interjected.

“Alyssa, if you’re saying that somehow that you’ve seen the light and not just your name in lights, that’s not fair,” Conway said.

“That’s such a cheap shot, you’re not answering the question,” Griffin said. “How does a man qualify to be president if he incited—”

“He’s not the president, Joe Biden is,” she responded.