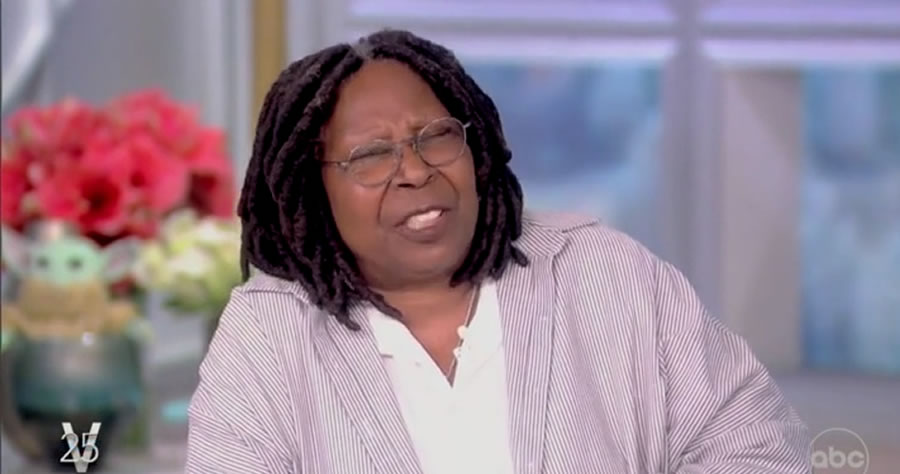 The House passed the Domestic Terrorism Prevention Act in a 222-203 Wednesday floor vote to create domestic terrorism offices across three federal agencies in the aftermath of the Buffalo supermarket shooting, The Washington Post reported. All House Republicans except Illinois Rep. Adam Kinzinger voted against the bill.

“The View” then played footage of Republican Ohio Rep. Jim Jordan saying the Chairman of the Judiciary Committee called antifa is a “myth” and Florida Rep. Matt Gaetz warning that “mainstream Christianity” may come under attack.

“When did Washington really get to be a place where stopping domestic terrorism is divisive?” Goldberg asked.

“I guess when they’re part of the problem,” Behar responded.

“When the domestic terrorists are voting on the bill,” Goldberg added.

Co-host Sara Haines said Republicans do not want “any reasonable gun control” or censorship against Big Tech companies and therefore vote against a bill which she said will allow government agencies to have the ability to flag potentially dangerous individuals.

“To vote against this when in 2020, three Republicans co-sponsored a bill that was unanimously, that means everyone passed it,” Haines said. “What changed in two years? It was people putting party over the actual people of the country. That was their bill. There’s nothing else that distinguishes it, I just don’t understand how we couldn’t unite on domestic terrorism.”

A previous version of the legislation passed the House unanimously in September 2020, the Post reported. Democratic Illinois Rep. Bradley Schneider, who pushed for the vote, said Republicans supported the exact measure just two years ago.

“This bill passed the House on voice vote two years ago — broad support from Republicans and Democrats,” said Schneider, who introduced the measure. “It’s the people who supported it two years ago who have for some reason changed their minds and are not supporting it today. What I’m saying to them is, the longer we wait in getting the resources and tools to the FBI, DOJ and DHS, the more likely we are to have more events like in Buffalo.”