“The wires are BURNING UP”: Trump On When He Knew Democrats Were Spying on Him [VIDEO] 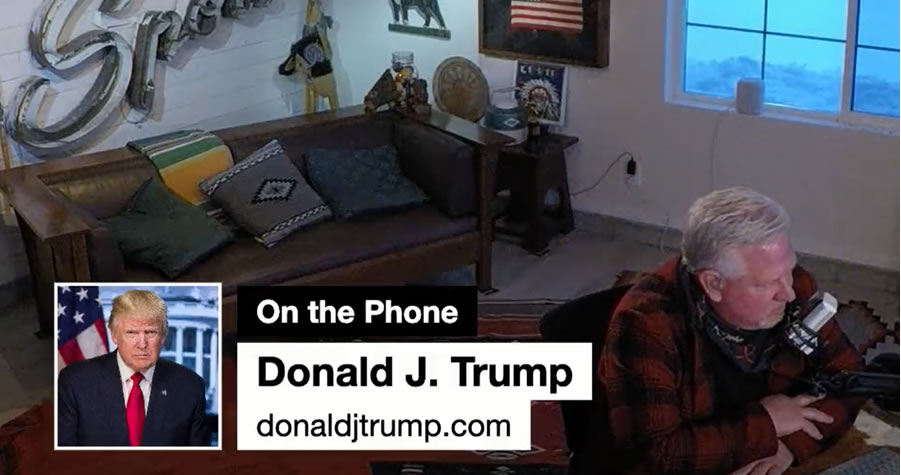 President Donald Trump has revealed the moment when he knew for sure that Democrats were spying on him.During an interview with conservative talk show host Glenn Beck, Trump was asked:”You said from the very beginning, ‘They’re spying on us.’ How did you know that was happening?”
Trump responded:

“I think it was a combination of things, but I tell you, the world blew up when I did that,’ he said.

The 45th president said the moment came during his 2016 contest against Democratic nominee Hillary Clinton and “somebody suggested” that then-President Barack Obama’s White House was spying on the Trump campaign.

“I felt there was something strange going on, really strange, and I just put it out,” Trump said.

“I got a call like two minutes later from the head of communications saying … ‘the wires are burning up. They’re smoking,'” despite it being a Saturday, as he recalled.

“And now I know why,” Trump continued.

Former President Trump tells me how he KNEW the Clinton campaign was spying on him: "I felt there was something strange going on, and I just put it out…I got a call like 2 minutes later from the Head of Communications saying…'the wires are BURNING UP.' And now I know why." pic.twitter.com/Vdw2H9l9IF