There are now a record 5 million more job openings than unemployed people in the U.S. 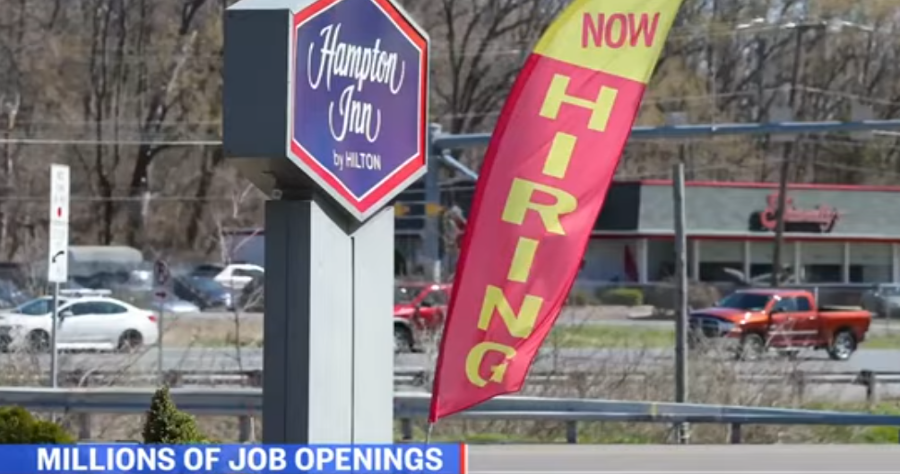 An increasing number of Americans quit their jobs in February, while the gap between available positions and the unemployed grew even wider, the Bureau of Labor Statistics reported Tuesday.

The Job Openings and Labor Turnover Survey showed that 4.35 million workers left in February, an increase of 94,000 from the previous month. It’s also a slightly higher level as a percentage of the workforce, up to 2.9% from 2.8%.

At the same time, there were 11.27 million openings in the month, down just slightly from January. However, with the total level of those counted as unemployed contracting further to 6.27 million, that left a record 5 million more openings than available workers. There were 1.8 jobs for every person unemployed.

Education and health services had the highest level of job openings for the month, at 2.23 million, followed by professional and business services with 2.1 million and trade, transportation and utilities with 1.86 million.

The quits level was off its November 2021 high of 4.51 million, which amounted to 3% of the overall workforce. The highest level came in trade, transportation and utilities, at 1.06 million. Leisure and hospitality, a critical proxy for the pandemic-era economic recovery, saw its quits rate unchanged at 5.6%.

The elevated level of quits is part of what some term the “Great Resignation,” in which workers have been able to leave their current positions for better opportunities.

Hires increased by 263,000 in February, nudging the rate up to 4.4%, while layoffs and discharges edged lower to 1.39 million. Separations overall were slightly higher, rising to just under 6.1 million.

An important snapshot of the labor market comes Friday, when the BLS releases its nonfarm payrolls count for March. Economists surveyed by Dow Jones are expecting growth of 490,000 and an increase in average hourly earnings of 0.4% for the month and 5.5% on a 12-month basis.