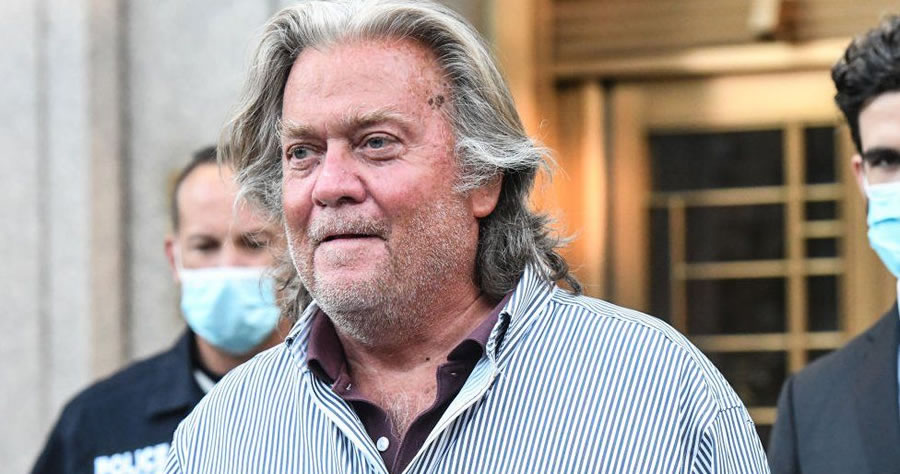 The House of Representatives on Thursday voted to hold former Trump Chief Strategist Steve Bannon in contempt of Congress for defying a subpoena from the January 6 Committee.

President Trump urged his supporters to ignore the subpoenas to appear before the Democrat, and Liz Cheney’s, struggle session.
Earlier this week the January 6 Congressional Committee responded to Bannon’s defiance by voting 9-0 to refer Bannon to the DOJ to face criminal contempt charges.

On Thursday the House voted 229-202 with 9 Republican lawmakers voting with the Democrats in favor of the resolution.

Here are the 9 Republicans who voted to hold Bannon in contempt:

Liz Cheney, the toxic RINO of all RINOs and sitting member of the January 6 Committee blasted Steve Bannon from the House floor on Thursday.

“He must have been aware of, and may well have been involved in, the planning of everything that played out on that day. The American people deserve to know what he knew and what he did,” Cheney said without providing any evidence whatsoever to back up her claims.