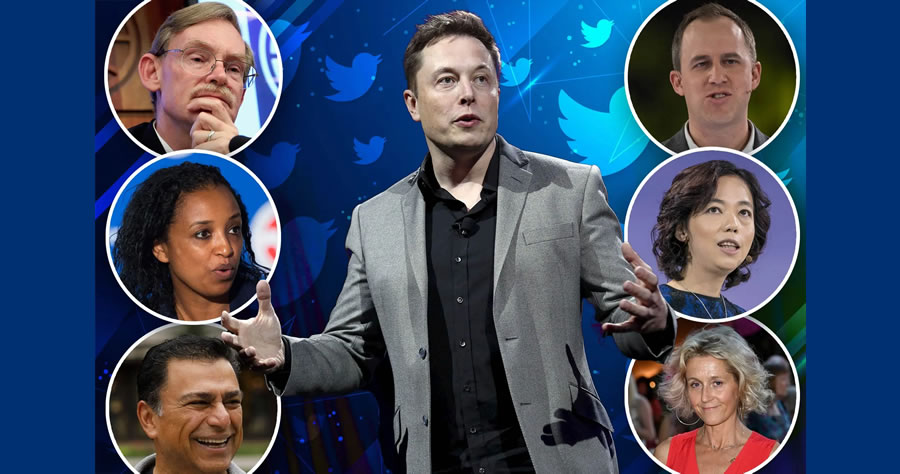 Amid a feared takeover bid from Tesla CEO Elon Musk, Twitter’s board of directors threatened to fight back with a “poison pill” strategy, allowing it to flood the market with new shares if Musk buys more than 15 percent of the company.

Fending off Musk’s $43 billion offer by creating more shares could dilute the value of shareholders’ stock — but Twitter’s 10 board members own just a tiny portion, Musk noted in an April 16 tweet: “The Twitter board collectively owns almost no shares! Objectively, their economic interests are simply not aligned with shareholders.”

That same day, even Twitter co-founder Jack Dorsey, who is formally leaving the board when his term expires at the company’s annual shareholder meeting next month, tweeted that the board of directors “has consistently been the dysfunction of the company.”

Musk, who owns a 9.2% stake in Twitter, has reportedly secured $46.5 billion in financing to fund his Twitter takeover bid.

After backing out of an agreement to take a seat on the board, Musk is threatening to cut board salaries to zero, a move he says will save the company nearly $3 million a year. Each non-employee board member earned $225,000 in stock in 2021, according to Twitter’s public filings. Directors, with the exception of Dorsey and his co-founder, CEO Parang Agrawal, also received $12,500 in cash, plus extra fees, ranging from $2,500 to $7,500, for serving on various board committees.

So who are these Twitter board members fighting Musk’s hostile bid? Twitter — which has come under fire for censorship, in part for banning the New York Post’s coverage of Hunter Biden’s laptop — is filled with a motley mix of tech vets, retail gurus, academics, philanthropists and former government officials.

“They’re a lot more ideological and anemic than your typical Silicon Valley board,” said Kara Frederick, director of the Tech Policy Center at The Heritage Foundation. The Musk takeover bid has “expose[d] the board as the censors and ideologues that they really are. Rather than disrupting, they are all about maintaining the status quo as they ignore their fiduciary duties to maximize shareholder value and act with the best interests of Twitter as a company.”

Here’s a rundown of 10 members, what they do, and what they tweet about …

Recent tweet: “Elon has decided not to join our board…Elon is our biggest shareholder and we will remain open to his input” — tweeted April 10.

Born in India, the 37-year-old joined Twitter in 2011 and has served as chief technology officer of the company since 2017. He rose through the ranks to be named the company’s first Distinguished Engineer, largely for his work on strategic initiatives involving artificial intelligence. A confidant of Dorsey, he took over the leadership of the company in 2021. Agrawal has a PhD in computer science from Stanford University.

Twitter MO: Alemayehou usually retweets other people’s comments or stories on Twitter, including support for Justice Ketanji Brown Jackson, and recently the Atlantic piece “It’s Your Friends Who Break Your Heart.”

Born in Ethiopia, Alemayehou spent her childhood in Kenya and has a master’s degree in international affairs from Tufts University. In 2010, President Barack Obama nominated her as the executive vice president of the Overseas Private Investment Corporation, the federal government’s $16 billion development finance institution, which funds investment opportunities in developing countries. The 53-year-old’s tweets often focus on African business ventures and startups, along with health, job creation and climate change in the developing world.

Recent tweet: “More women and people from underserved and underrepresented communities should be in Computing!” — tweeted on March 22

Li has worked as vice president at Google and chief scientist at Google Cloud, and is co-director of Stanford’s Human-Centered AI Institute. The China-born academic, who grew up in New Jersey, is an expert on computer vision, having worked on the science that allows software to recognize objects — such as vehicles and buildings — in video footage captured by drones. Li, 45, regularly tweets about various AI-related topics, conferences, breakthroughs and other #peakgeek happenings.