“These People Are Trying to Destroy Our Country Because They Are Profiting Off the Downfall of Our Country”: UFC Bryce Mitchell [VIDEO] 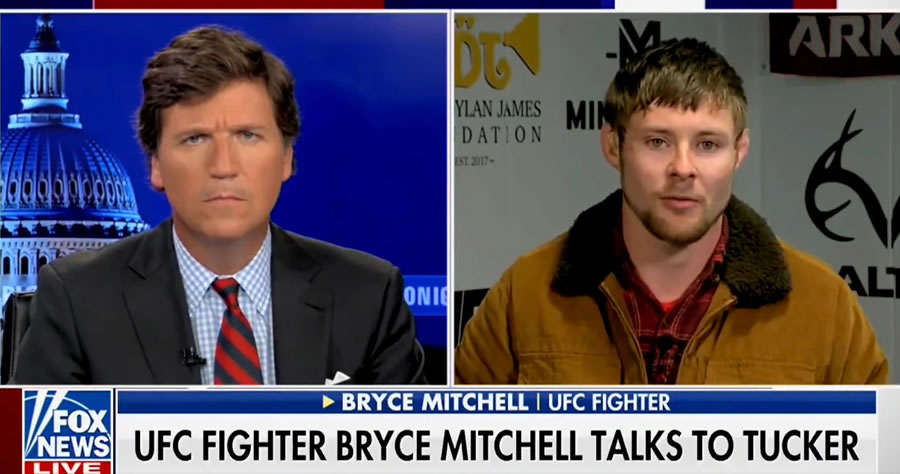 Bryce “Thug Nasty” Mitchell slammed the Biden crime family and their alleged corruption in Ukraine when questioned about his views on the whole Russia and Ukraine situation.

Speaking to reporters, Mitchell accused Biden’s family of treason and bribed the people using the American tax dollar and making tons of money at the same time. He also declared that he would not fight any of the wars for these politicians in foreign countries.

“Here’s my first thought, I’m not going nowhere to fight none of these wars for these politicians. I’m staying at home. And when the war comes to Arkansas, I will dig my boots in the ground, and I will die for everything I love, and I will not retreat if this country is invaded,” Mitchell told the reporter.

On Tuesday Tucker Carlson invited Bryce Mitchell from Arkansas on to ask about his take on the Russian invasion of Ukraine. Bryce did not disappoint.