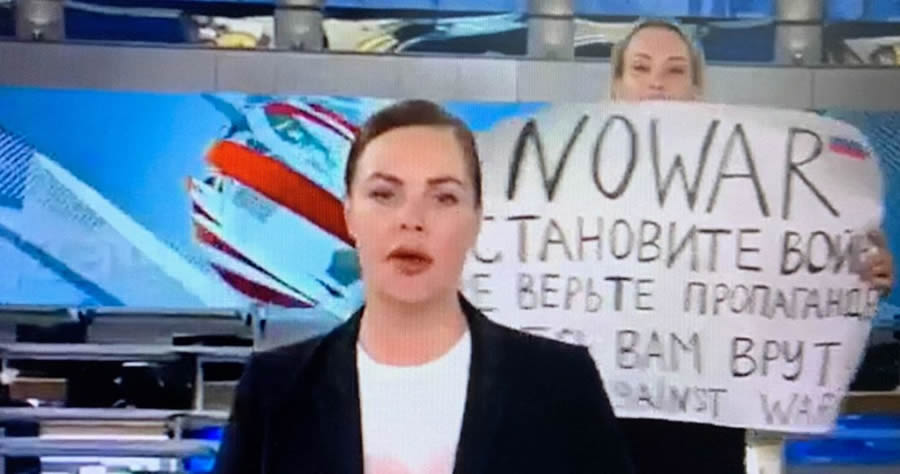 A woman interrupted the live evening broadcast on Russia’s most popular channel Monday, running into frame with a sign protesting the war in Ukraine and telling the audience that they are being “lied” to.

“Stop the war, no to war,” the woman chanted. She held a sign that read, “NO WAR” and “Russians against war” in English, and “Stop the war, don’t believe propaganda, they are lying to you” in Russian.

The protester tried to get her sign into frame as the evening anchor carried on with the news, raising her voice over the woman’s chanting. The news then cut away to a new frame.

Russia passed legislation March 4 increasing its media censorship after the invasion of Ukraine. The new law allows for individuals to be punished with up to 15 years of prison for publishing information that runs counter to Russia’s narrative.

A woman burst onto Russia’s main live evening newscast today with a sign that says:

And chanting: “Stop the war! No to war!”pic.twitter.com/pKVKZFVEM3