This is why parents are fed up: School district pushes books on incestuous rape, childhood sex in school libraries 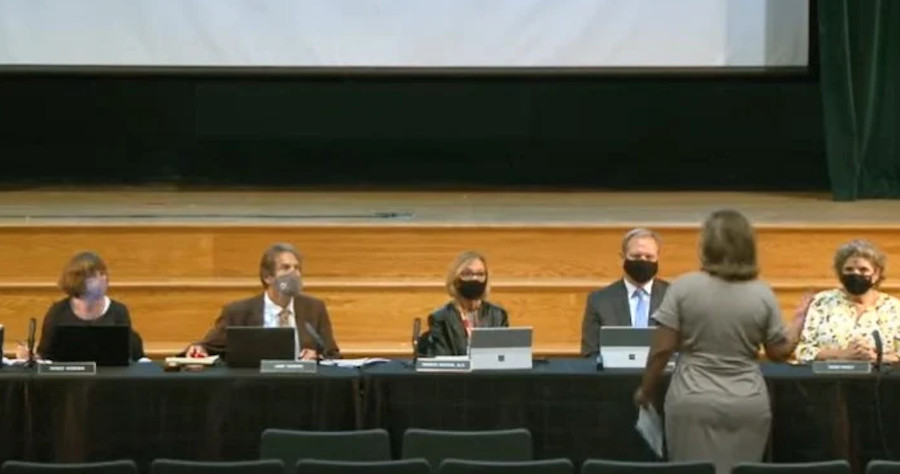 You want to guess why parents have had it up to their eyeballs with public schools? Look no further than Haverford School District in Delaware County, Pennsylvania for the latest installment of what amounts to child abuse.

According to National File, the school district has decided that putting books promoting transgenderism and describing acts of rape and pedophilia in graphic detail belong in school libraries. And despite the fact that parents are pushing back, the district ignores their concerns, instead defining what is clearly indoctrination of school children as a “guidance” program ostensibly intended to help students with mental health.

The district claims the sexually explicit (read pornographic) books are included as part of Haverford’s “social emotional learning” curriculum, which has been banned in a number of other states, such as Idaho because they contain leftist social ideology.

The school district’s “mental health professionals” believe the books are a valuable resource for vulnerable children believed to be struggling mentally and emotionally.

So what exactly are these books?

“Beyond Magenta: Transgender Teens Speak Out” is a book which engages in glorification of sex changes or gender transitions among kids, including graphic first-hand accounts of childhood sex and molestation.

In the book, one of its subjects, a male named Frank who apparently identifies as a woman, talks about life as a “sexually mature” child who “hated being a kid” and “Loved oral [sex].”

“I was sexually mature,” Frank says in the book, later going on to say, “I used to kiss other guys in my neighborhood, make out with them, and perform oral sex on them. I liked it. I used to love oral. And I touched their you-know-whats. We were really young, but that’s just what we did.”

The book continues, with Frank claiming that people in his neighborhood said that ye wasn’t gay because he was “making out with a girl too.” This misguided youth then goes on to talk about the “pedophiles” (isn’t it now “minor attracted persons?) who would “hit on him.”

This forced him to go to other areas where there were more people.

Things don’t get much better in examining other selections in the school’s libraries. At the high school, a book called “Out of Darkness,” promoted by Black Lives Matter activists. That should tell you all you need to know. The book has been removed from school libraries across the country due to its graphic nature.

The book discusses an interracial love affair between two Texas middle school students, set in the 1930s. The book graphically describes a sexual episode between the children.

“He shifted in his pajamas, and the part of him that made him a man stuck out, reddish purple and frightening,” says the book. “She had never seen one before except on a baby. This was different,” the story continues.

“He lifted her hand to his mouth and licked it. Then he lowered her hand down and closed it around the hardness. His hand moved hers. His left hand gripped her shoulder, pressing her head tight against the hard, flat plane of his stomach.

She watched her hand move back and forth like it didn’t belong to her. In the distance, she heard the train pass. A moment later, the thing leaped. Henry’s whole body shuddered, and a hot mess lay across her palm and between her fingers.

Henry wiped himself quickly with a handkerchief. Then, never letting go of her shoulder, he urged her toward the door. “Come on,” he said once it was open. He walked her to the bathroom and then guided her hand to the sink.”

During a school board meeting, the mother of a high school student read the passage aloud. This was met with a dismissive attitude from the school board, echoing that of other far-left school boards across the country who have largely ignored concerns of parents over matters such as the over-sexualization of schools, the teaching of critical race theory, and over mask mandates.

The above two selections are only a couple of examples of books throughout the system which contain similar content. National File previously reported on required reading by second-graders, a book called “Jacob’s New Dress.” One guess what that book is about.

The Haverford school board appears to be occupied by a bunch of psychos. Last year, parents showed up to oppose the teaching of Critical Race Theory, which led one school board member to make the unfounded claim she was threatened with a gun.

Likewise, that same member had claimed to have “found” a racists, pro-Trump note in 2016, a story which was never confirmed.

The board in Haverford might want to pay attention to what has been happening across the country. Virginia Gov. Glenn Youngkin was elected largely due to parents pushing back against radical school boards. Likewise, in deep-blue San Francisco, three veteran members of the school board were recalled by parents sick and tired of their children being indoctrinated into far-left psychotic ideology.

Of course school board psychos have an ally in the Biden administration and the Department of Justice, which has made the decision that parents are akin to domestic terrorists and need to be treated in kind.