This Woman’s Tweet About Her Electric Car Should Concern Everyone – Democrats Don’t Want You To Know This! 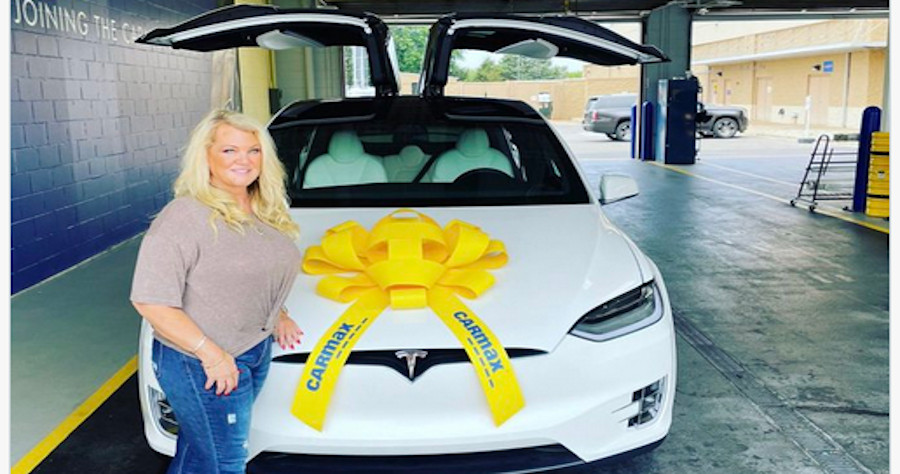 They call it red-pilling. That’s when someone who used to hold ignorant, stupid beliefs that were spoon-fed and force-fed down their throats suddenly wake up and realize everything they’ve been told was a lie.

The insane, unethical, illogical, and illegal Covid public health measures led to a lot of red-pilling. However, nothing holds a torch on the effect disastrous and deadly climate change measures can do to wake up people.

One woman found this out the hard way after she went to “refuel” her Tesla. Remember when Pete Buttigieg told everyone to buy an expensive electric vehicle so as to avoid higher gas prices? Avoid high prices by paying…high prices? Charge a green vehicle with energy sourced from fossil-fuel burning plants? Drive a car whose rare earth minerals are hazardous and exploitative to children to mine?

Stupidity can’t explain this. It just can’t. These people are pure evil. Anyways, check out this tweet from a woman who goes by the name of Margo. It basically ruins the entire argument for buying an electric vehicle in less than 240 characters:

The night it came in, I reserved it. Drove 8 hours to Louisville KY to pick it up the next day.
It had 1000 miles on it. I traded my 2018 Tesla X in for it. pic.twitter.com/IGDNrbUYUZ

Not enough people realize what refueling/recharging looks like for an electric vehicle. They assume you plug in a car the same way as a gas-powered vehicle, and like magic, suddenly the battery is 100%.

There are other considerations as well. Consider this story from Wayne Dupree:

“Many people are saying this exact same thing.

As a matter of fact, I have a friend who just bought an electric Ford Mustang.

He drove from one city to another to attend a wedding, and when the event was over, he couldn’t get back home because his car didn’t have enough of a charge, so he had to find a place to charge his car and get a hotel room.

He told me he’s never regretted a purchase more than that one.”

This is also probably a great time to remind everyone of that Virginia freeway “snowpocalypse” earlier in January. Readers will recall that Virginia plunged into a wintry disaster where roadways were clogged from snow and crashes for an entire night where temperatures plunged into single digits. To its credit, the Washington Post ran an op-ed detailing the hazards of relying on electric vehicles in such a moment:

“It is a scientific fact that batteries of all kinds lose capacity more rapidly in cold weather, and that includes the sophisticated lithium-ion ones used by Teslas and other EVs. Carmakers can, and do, mitigate cold-weather “range anxiety” through various technologies; Tesla is touting a new “heat pump” to extend winter range. Drivers can save battery power by, say, turning off the heat. The issue cannot be eliminated, however, as Tesla acknowledges on its corporate website.

It’s a hassle in ordinary winter situations but potentially much worse than that on a night like Monday.

Any EV driver stuck on I-95 was right to be anxious — not only about a rapidly dying battery but also about recharging it. Cold would make that process much more time-consuming, assuming there was a charging station nearby, and that the electric power system hadn’t gone out (as it did in parts of Virginia on Monday).”

Electric vehicles, and green energy imn general, is a gigantic con. At best., produces major inconveniences. It almost instantly becomes more expensive to do everything. At worst, though, people die. And that’s not hyperbole. That’s just a fact.