Thousands of people book Airbnbs in Ukraine not to stay, but to donate to the families there 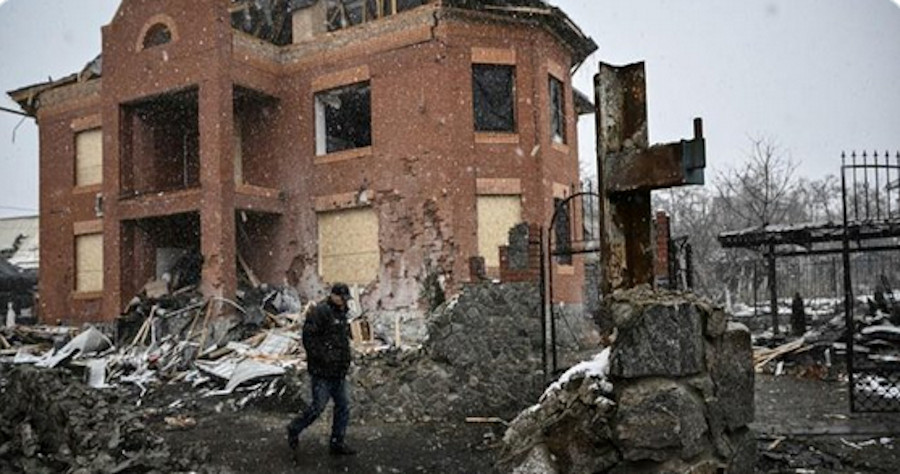 Almost everyone throughout the civilized world is enraged at Russia’s war against Ukraine that has caused millions to flee and left thousands dead.

Some of the enraged people have taken to booking vacation rentals in Ukraine, not because they plan on traveling there, but rather to donate money towards those who need it during this difficult time.

Yesterday I shared an idea to support Ukraine by booking rooms for rent on AirBNB. 24 hours later, 100’s of people are booking AirBnBs in Ukraine as a way to send immediate monetary assistance to people in hard-hit areas. The messages in response from the hosts are so moving pic.twitter.com/ai2Je8VKCt

The donations became well known after a spokesman for Airbnb reported that on March 2nd and 3rd, over 61,000 nights were booked in the war-torn country. Those bookings raised over $2 million for rental owners in the country.

One of the kindhearted people who booked a vacation rental in Ukraine, Missi Smith, spoke to News Channel 21 about why she made the decision:

“It feels like a world away, but yet you’re all still in the same world. You know, we’re all human, we’re all crying for the Ukrainian people. There’s just many things that were really tugging at me.”

After Smith made her booking, she received a response from the rental owner who thanked her for the donation and emotional support from thousands of miles away. They wrote:

“Hi Miss! Thank you very much for your support! I am now with family and friends in my house near Kyiv, there is an attack on Kyiv, the Russian army surrounds the city, we are at the forefront, artillery is firing. Russian aviation flies and bombs our military.

NEW: Airbnb says 61,000 nights booked in 48 hours in Ukraine this week as people across the world make bookings they don’t intend to use as a way to raise money for Ukrainians

“We had no had electricity for eight days, but we still have gasoline for the generator. We hope everything goes well.

In Kyiv, everything is calm now, there is no panic. But the sirens went off and many people are hiding in basements. We believe in our victory and that everything will be fine.

Thanks again for your support and come see me when this nightmare ends for free!”

Smith, along with millions of others, hopes that the rental owner is right, that Ukraine will be able to repeal the Russians from their country, and that everything will be alright. In the meantime, Smith urges others to donate either through the Airbnb rentals or through some other means.

Airbnb noted the number of bookings they are receiving for the besieged country by writing:

“We are so humbled by the inspiring generosity of our community during this moment of crisis. Airbnb is temporarily waiving guest and host fees on bookings in Ukraine at this time.

We also encourage anyone interested in getting involved with Airbnb.org to go to Airbnb.org/help—ukraine, and support Airbnb.org’s initiative to provide housing to refugees fleeing Ukraine, by becoming a host or donating.

To date, we have seen an overwhelming response to this effort, with more than a million visitors to this page.”

Rob Maheen, another person who rented an Airbnb in the Ukraine area spoke about his experience to the Wall Street Journal. He said:

“Like a lot of other people, I’ve been feeling the stress of this. All of the sadness that is going on over there.”

Thousands of Airbnb users have booked vacation rentals in war-battered Ukraine, not to visit but to provide aid to local hosts struggling to survive the Russian invasion https://t.co/v0pBP7ky8G

Maheen then shared a response that he received from the host after he informed them that he had no intention of staying there, rather was simply making a donation. The response read:

“The fighting spirit of Ukraine cannot be stopped. It will only die with the last Ukrainian.”