Time Names Simone Biles — Who Pulled Out Of The Olympics To Focus On Mental Health — ‘Athlete Of The Year,’ Interviews Colin Kaepernick In The Write-Up 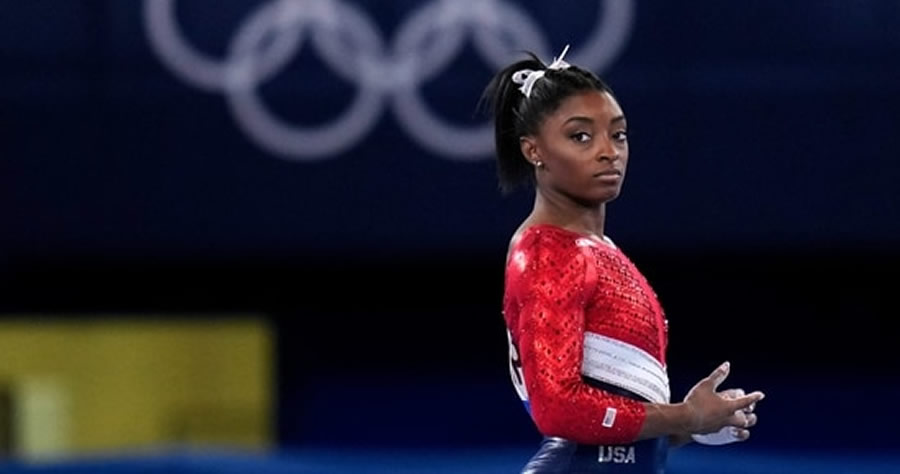 In what some may view as a controversial decision, Time declared U.S. gymnast Simone Biles its “Athlete of the Year” for 2021 on Thursday.

While Biles is unquestionably one of the greatest American Olympic athletes ever and perhaps the greatest gymnast of all time, Time’s declaration in 2021 says less about the athlete’s accomplishments in the arena and more about her contribution to a cultural cause.

During the Olympics in Tokyo last summer, Biles shocked the world by abruptly withdrawing from both team and individual competitions “in order to focus on her mental health.”

The world-class athlete was bogged down by intense mental pressure and was reportedly experiencing a phenomenon known as “the twisties” that left her unsure of her whereabouts while careening through the air. She was supposed to compete for up to five gold medals at the games. Instead, she won a team silver and a bronze in the balance beam event.

“I say put mental health first because if you don’t then you’re not gonna enjoy your sport, and you’re not gonna succeed as much as you want to,” Biles told reporters at the time. “So, it’s OK sometimes to even sit out the big competitions to focus on yourself because it shows how strong of a competitor and person that you really are rather than just battle through it.”