“To hell with the legislature…”: Sen. John Kennedy To Biden Judicial Nominee, “Do you agree with that?” [VIDEO] 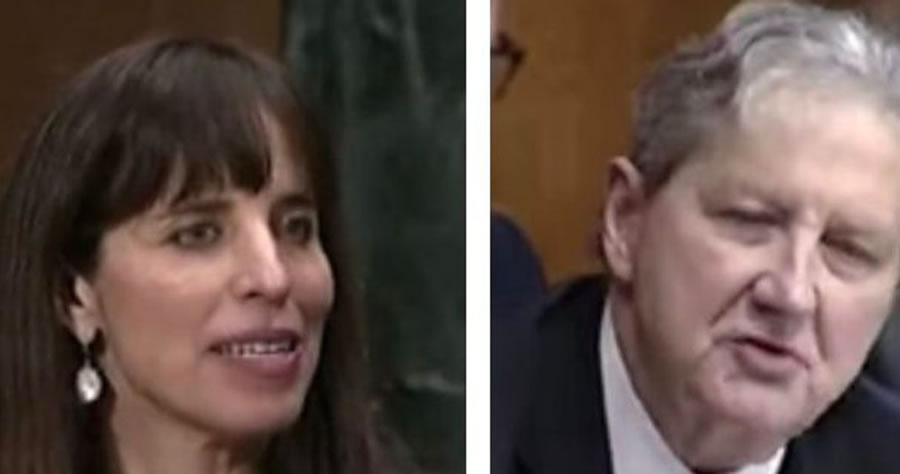 Kennedy asked Morrison whether it is appropriate for district attorneys and prosecutors to refuse to prosecute “an entire line” of criminal cases because they disagree with the state legislator and citizens at the Senate Judiciary hearing.

“Senator, I think it is appropriate for prosecutors to evaluate each case that comes before them and—” Morrison began.

“Yes, but that’s not what I’m asking. I know you, I mean, you’re smart, I can tell from your resume,” Kennedy said. “Let me say it again, the people elect their legislators, legislators say on behalf of the people ‘this is a crime which society will not tolerate without punishment.’ Do you think that it’s okay for prosecutors to say ‘I disagree and I’m not going to prosecute an entire line of cases. I don’t care who is charged.’ Do you agree with that?”

Morrison answered that prosecutors “have the legal option” to be flexible regarding particular criminal charges. After Kennedy repeated the question, the nominee said prosecutors can refuse to take up a case depending on the circumstance and rationale.

“I’ll stipulate to that, but we have prosecutors who are saying ‘to hell with the legislature and the people we’re not going to prosecute an entire line of cases,’” the Louisiana senator said. “I think my question is pretty straightforward. Do you agree with that or disagree with it?”

The nominee declined to give a “categorical” answer since she has never worked as a prosecutor and it would depend on the circumstance.

Kennedy moved on to questions regarding whether judges should be permitted to dismiss a case brought before the court because they disagree with the legislature and the American people.

“Do you think judges—apparently you think that prosecutors should be able to say ‘we’re not going to prosecute a line of cases and groups of crimes’ despite the solemn expression of legislative will. Do you think judges should be able to do that? Say ‘I don’t agree with this criminal statute, I’m not going to prosecute, I’m not gonna hear cases for any of them.’ Do you think a judge should say ‘I don’t want to hear, I’m gonna dismiss all of these cases because I don’t agree with the criminal statute?’”

“I think you understand my question, Ms. Morrison,” he pressed.