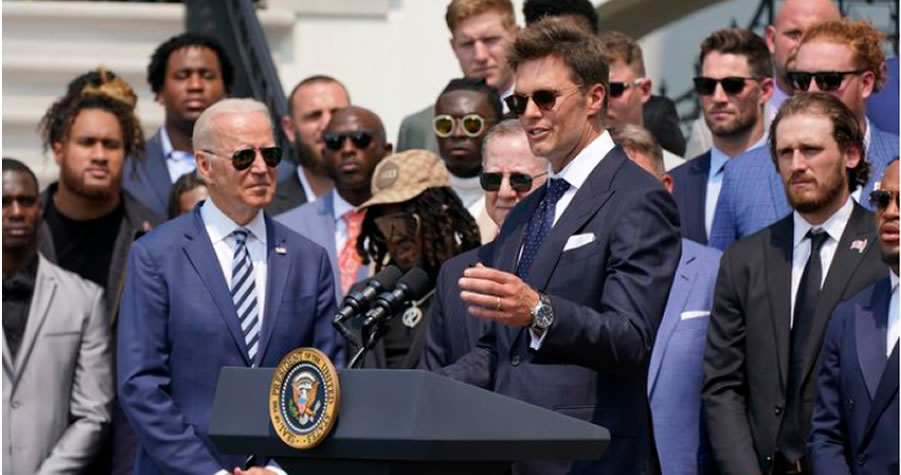 “I think behind me is an amazing group of players,” Brady explained to the press gathered. “We have a bunch of coaches and staff here sitting down. It was actually a very challenging season for a lot of reasons. But we bonded together. We worked really hard.”

“These guys are an amazing group of men,” he added. “It didn’t look great there at one point, we were 7-5 struggling a little bit. But we found our rhythm, we got on a roll.”

“Not a lot of people think that we could’ve won,” the Tampa Bay quarterback continued. “In fact I think that 40 percent of the people still don’t think we won.”

Biden replied, “I understand that,” an obvious nod to how many people still believe the former president won the 2020 election.