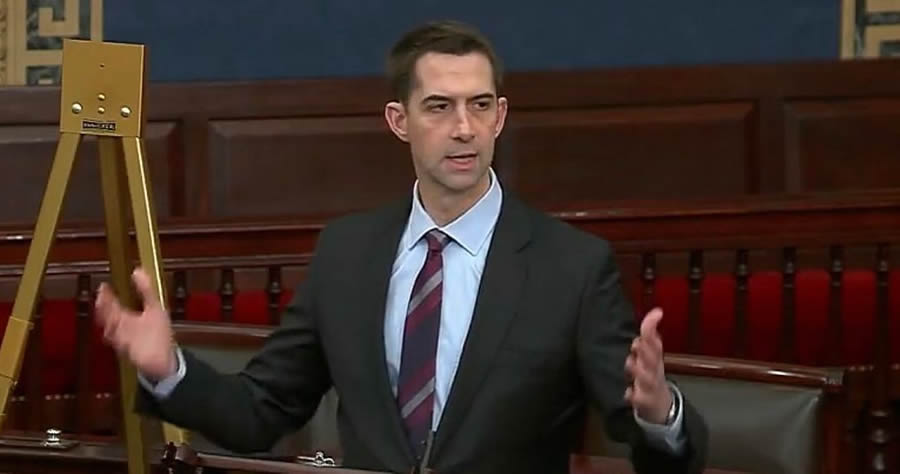 As Breitbart News reported, a Department of Defense Inspector General report reveals that Biden’s agencies failed to properly vet Afghans arriving in the U.S. As of November 2021, the report states 50 Afghans already in the U.S. have been flagged for “significant security concerns.”

Most of the unvetted Afghans flagged for possible terrorism ties, the report states, have since disappeared into the nation’s interior. In one instance, the report noted that only three of 31 Afghans flagged months ago for security concerns could be located.

“Joe Biden promised to vet the evacuees that came to America after his retreat from Afghanistan,” Cotton said in a statement:

But he didn’t, and now American lives are at risk. According to this report, dozens of suspected bomb-makers and terrorists arrived in our country — and now some have gone missing. This debacle is yet another reminder of the dangerous consequences of Joe Biden’s dishonorable withdrawal from Afghanistan. [Emphasis added]

To date, Biden has resettled more than 74,400 Afghans across American communities in 46 states since mid-August 2021 despite top national security officials admitting that minimal vetting procedures are used to facilitate the resettlement operation.