Tom Cotton: ‘These Bureaucrats Think That They Are The Science’ 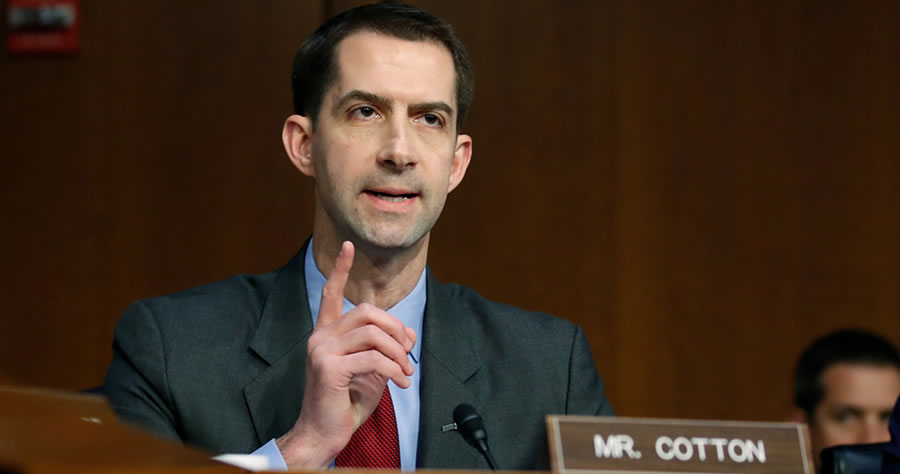 As reported by The Hill, “Cotton on Monday blasted Fauci on Fox while reiterating his call for the National Institute of Allergy and Infectious Diseases (NIAID) head to be investigated, accusing him of lying to Congress about funding ‘gain-of-function’ research in China. Fauci has repeatedly pushed back on such claims before.”

“Tony Fauci lied to Congress and he should be investigated. He repeatedly said that his agency did not fund dangerous and risky gain of function research in those Wuhan labs, which almost certainly was the origin of this virus. He said it repeatedly to Congress. His agency just admitted a few weeks ago that yes, they did in fact, fund gain of function research. So there’s a lie there. It’s either Tony Fauci lying to Congress or his agency after months of stonewalling, writing a letter to Congress and admitting it. I suspect it’s Tony Fauci lying on the spot in his testimony to Congress. He put the American people at risk by funding this dangerous research, which was happening under the Obama administration, which he thought he knew better than the people’s elected representatives. It’s just another example of how these bureaucrats think that they are the science, that they represent the epitome of knowledge and those grubby politicians, like the president of the United States and United States senators and representatives, have no business telling them what to do. That’s not the way our democracy functions.”

The absolute hubris of someone claiming THEY represent science. It’s astounding and alarming that a public health bureaucrat would even think to claim such a thing, especially one who has worked so hard to ignore the science of natural immunity. https://t.co/rcDezphVRR