Top Iranian General: Revenge For Soleimani Death To Happen ‘Within’ U.S., No One Will Forget What We Do 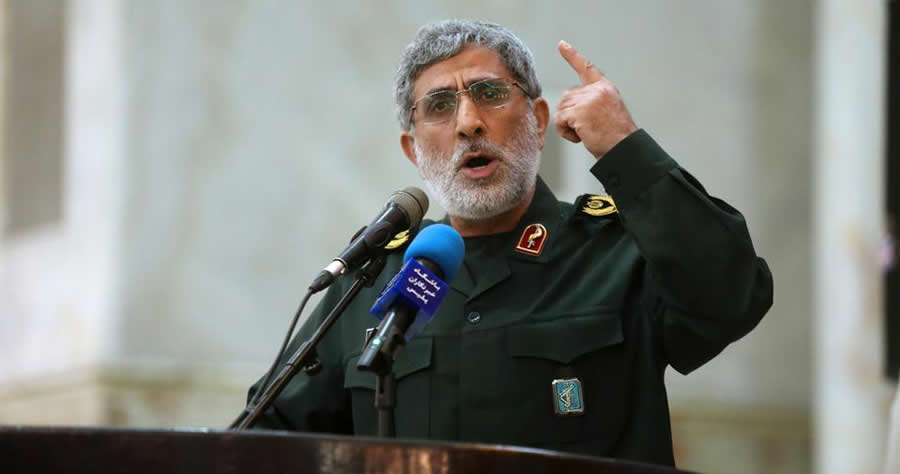 Iranian Revolutionary Guard Corps (IRGC) Brigadier General Esmail Ghaani, commander of of Iran’s elite Quds Force, threatened this week that the revenge Iran will seek for the death of Qassem Soleimani, the former commander of the IRGC’s Quds Force, will happen “within” the United States.

Ghaani said, “We will prepare ground for the hard revenge against the US from within their homes, as we do not need to be present as supervisors everywhere, wherever is necessary we take revenge against Americans by the help of people on their side and within their own homes without our presence.”

Speaking at an event commemorating the two-year anniversary of Soleimani’s assassination on Jan. 3, 2020, by a US drone strike ordered by former President Donald Trump, Ghaani said, “We will get revenge that you will not forget for the rest of your life.” Talking about Trump and former Secretary of State Mike Pompeo, who advocated for the strike behind the scenes, Ghaani said, “All of the criminals who are on the scene, from the criminal US president to all of those behind the crime of the assassination of Soleimani, are under our magnifying glass.”

Ghaani added, “We do not have the style of [US] criminals, with divine power; we have our own style of revenge.”

The news comes as the Biden administration tries to get Iran to reenter the 2015 Iran nuclear deal, which critics argue would not stop Iran from being able to obtain a nuclear weapon.