Top NFL QB Prospect’s Draft Ranking at Risk For ‘NOBAMA’ Costume From 2012, When The He Was 14 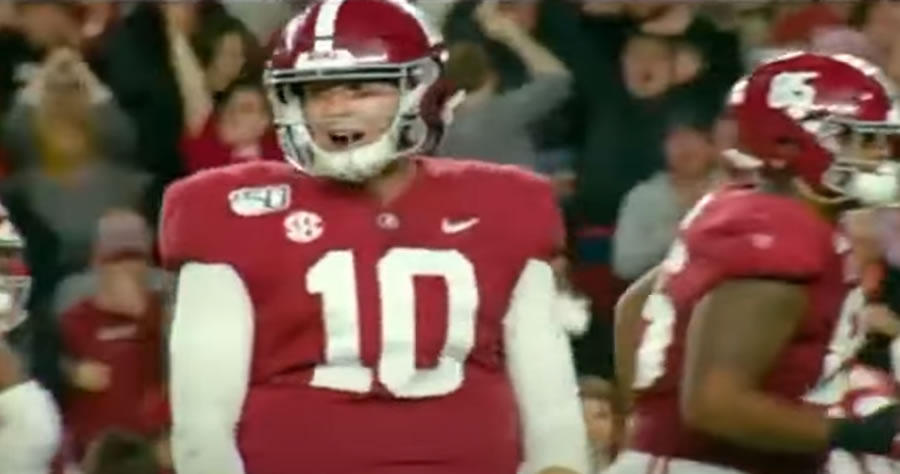 It’s that time of year again.

The NFL Draft is two weeks away and, as is tradition, the time has come to ruin a young man’s future over a social media post made years ago.

Jones, a projected top-5 pick, has been rising up the draft board in recent weeks. The University of Alabama quarterback has been projected by draft experts to be selected as high as third overall in the 2021 NFL Draft. In his only season as the starter at Alabama, Jones threw for 4,500 yards, 41 touchdowns, and led his Crimson Tide to a perfect 13-0 record on the way to the school’s 16th National Championship…

CSI Twitter Catches Ex-Bama QB Mac Jones in 4k Wearing a “NOBAMA” Costume w/ Dreads; His Sis Tweeted Pic Years Ago & Tried to Delete, But It Was Too Late; Twitter Ponders How Much Bosa is Going to Love Him & Why His DUI Never Gets Mentioned (Tweets-Vids) https://t.co/AEVZelSN98 pic.twitter.com/HejP8bgjX8