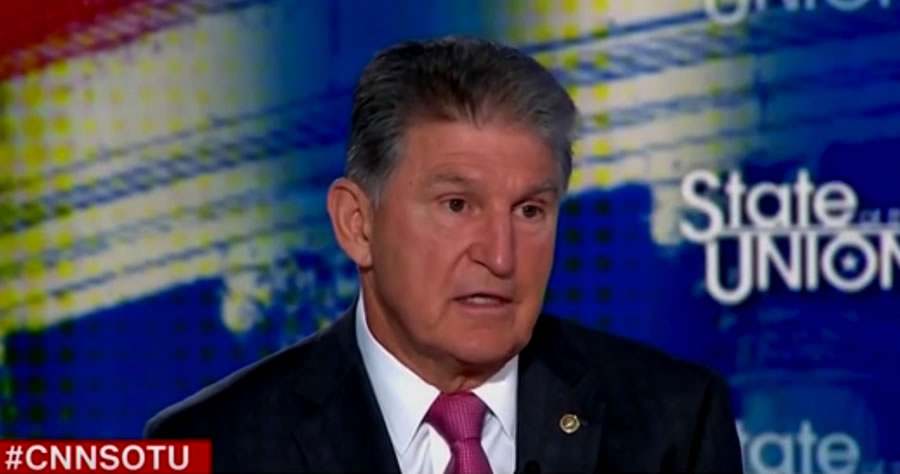 CNN host Dana Bash asked Manchin on Sunday to react to Cortez’s tweet where she claimed that the West Virginia senator cannot support the Democrat-backed reconciliation bill because of his ties to the fossil fuel corporations.

“Its’s totally false. Those type of superlatives … continue to divide, divide, divide,” Manchin responded. “I don’t know that young lady that well. I met her one time between sets here, but that’s it. We have not had any conversations. She’s just speculating and saying things.”

Manchin has weekly huddles w/ Exxon & is one of many senators who gives lobbyists their pen to write so-called “bipartisan” fossil fuel bills.

It’s killing people. Our people. At least 12 last night. Sick of this “bipartisan” corruption that masquerades as clear-eyed moderation. https://t.co/KW8w7HUhvT