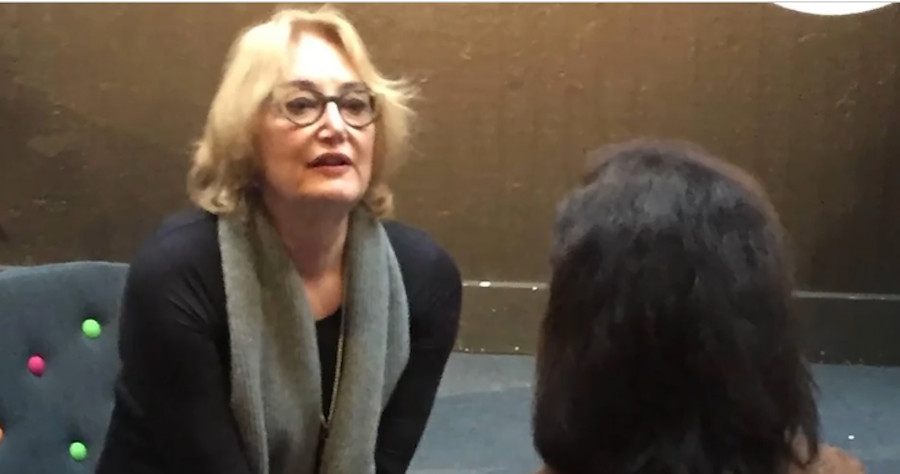 A transgender psychologist who has helped hundreds of teens transition has warned that it has “gone too far” — and fears many are making life-changing decisions because it’s “trendy” and pushed on social media.

Erica Anderson, 71 — who is transgender herself — told the Los Angeles Times that she is horrified that even 13-year-old kids are now getting hormone treatment without even meeting with psychologists.

“I think it’s gone too far,” said Anderson, who until recently led the US professional society at the forefront of transgender care.

“For a while, we were all happy that society was becoming more accepting and more families than ever were embracing children that were gender variant.

“Now it’s got to the point where there are kids presenting at clinics whose parents say, ‘This just doesn’t make sense,‘” she said.

Anderson is so concerned, in fact, she said she is considering ending her own pioneering work helping teens transition.

“I have these private thoughts: ‘This has gone too far. It’s going to get worse. I don’t want any part of it,’ ” she said.

“I worry that people will accuse me of setting the train in motion, as part of those who advocated the affirmative approach to gender in youth, even though that’s not a reasonable account of what happened.”

She believes that the dramatic rise in teens seeking treatment is likely driven by peer pressure as much as wider acceptance of trans issues.

“A fair number of kids are getting into it because it’s trendy,” she previously told the Washington Post. “I think in our haste to be supportive, we’re missing that element.”

In her latest interview, she told the LA Times, “To flatly say there couldn’t be any social influence in formation of gender identity flies in the face of reality. Teenagers influence each other.”

That appears to have been exacerbated by the pandemic, with children becoming more isolated and also leaning more on networks on social media.

“What happens when the perfect storm — of social isolation, exponentially increased consumption of social media, the popularity of alternative identities — affects the actual development of individual kids?” Anderson asked the LA paper.

Anderson readily shared her birth name, Eric, and her story of how an endocrinologist refused to prescribe hormones and left her feeling deeply ashamed when she first sought them at age 45.

She finally got them at 58, and had genital surgery at 61, thrilled to finally “become a woman.”

But while thrilled that the world is now more accepting, she fears it has swung to an extreme, noting a 13-year-old patient whose pediatrician put him on testosterone, even though he had not met with a psychologist.

“Why is this kid on testosterone so precipitously?” Anderson asked.

Anderson, a member of the American Psychological Association committee that is writing guidelines for transgender health care, believes some children seek treatment in the hope that it helps with wider psychological problems, leaving them depressed when it doesn’t.

She insisted that those allowing medical treatment for kids without rigorous psychological evaluation risk committing malpractice.

Those who are confused about their gender identity also need to wait until they are absolutely sure before acting, she said.

“I have a dictum: When in doubt, doubt,” she told the LA paper. “Questioning is a good thing. How are you going to find out if you are lockstep with whatever conclusion you come to first?”

Despite her pioneering work, Anderson finds herself at odds with a trend to make it easier for anyone to transition.

Dr. AJ Eckert, medical director of the Gender and Life-Affirming Medicine Program at the Anchor Health Initiative in Stamford, Conn., eschewed the need for therapy.

“Being trans or gender diverse is not a mental illness, and compulsory psychotherapy is not the standard of care in the gender-affirming medical model,” Eckert, who is nonbinary and uses they/them pronouns, told the paper.

“Forcing transgender and gender diverse youth through extensive assessments while their cis peers are affirmed in their identity without question conveys to [them] that they are not ‘normal,’” they said.

As for Anderson’s claim that kids are trans just because it’s “trendy,” Eckert asked, “Is it trendy to be one of the most marginalized and vulnerable groups?”