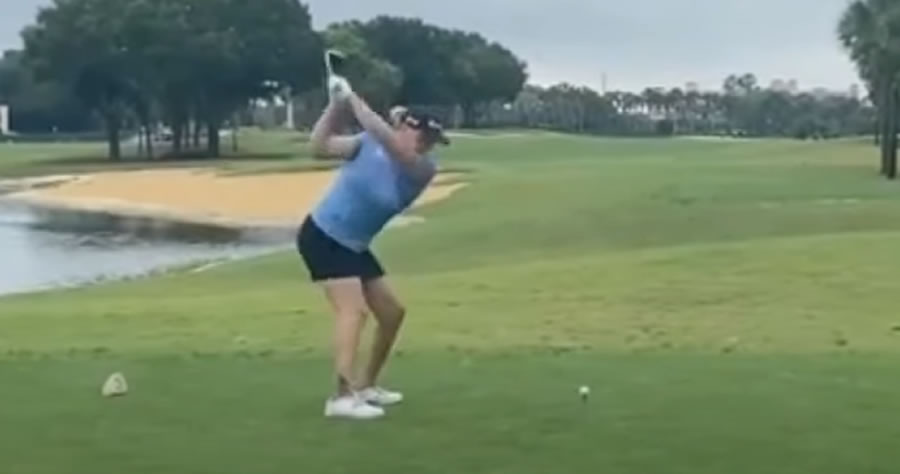 It was, by all accounts, an unforgettable day for Hailey Davidson. On May 13, Davidson drained a 5-footer for par on the 18th hole to win her first professional title, topping LPGA player Perrine Delacour in the process. That same day she also received an email from the USGA stating that she’d met the organization’s Gender Policy eligibility criteria and can now compete in its championships. She hopes to soon hear similar news from the LPGA via a reciprocity agreement.

“I’m not just going to be stuck on mini-tours,” said Davidson, who is believed to be the first transgendered woman to win a professional tournament in the U.S.

Davidson, 28, works in social media for NBC’s Peacock division under the Golf Channel umbrella but has dreams of competing on the LPGA. In January, Davidson underwent gender reassignment surgery, a six-hour procedure. She’s been undergoing hormone treatments since Sept. 24, 2015, a date that’s tattooed on her right forearm.

“We are currently reviewing Hailey’s application to participate in LPGA Tour events under the LPGA’s gender policy,” said Heather Daly-Donofrio, the LPGA’s chief tour operations officer. “The policy is designed to be a private and confidential process between the LPGA and the athlete.”