Travis McMichael, Man Who Shot Ahmaud Arbery, Testifies In Court: ‘I Shot Him,’ ‘He Had My Gun’ 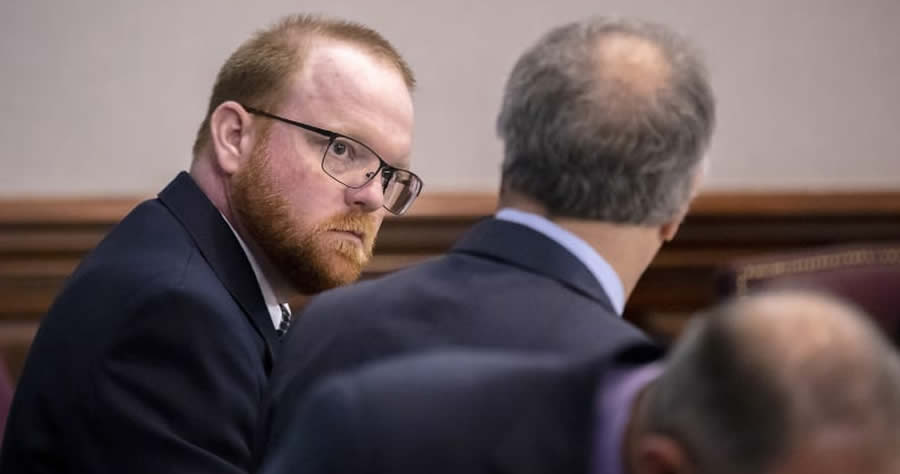 The trial involving the death of Ahmaud Arbery continued on Wednesday as the defense made its case to the jury.

Travis McMichael, 35, one of three white men facing charges, took the stand at the trial in Georgia.

McMichael is facing several charges, including murder and aggravated assault, for the killing of Ahmaud Arbery, a 25-year-old black man, in February 2020. He and the two other men could spend their lives in prison.

In February 2020, Travis McMichael and his father, Gregory McMichael, grabbed guns and chased Arbery after he ran past their home. Their neighbor, William “Roddie” Bryan, followed after and recorded video on his phone of the event. Arbery was shot by Travis McMichael after a confrontation between the two.

“I want to give my side of the story,” McMichael said on Wednesday.

As reported by The Associated Press, “[McMichael] said he first ran into Arbery at the house under construction on Feb. 11, 2020. McMichael said he was driving when he saw a man ‘lurking’ and ‘creeping’ outside the home. He turned his vehicle to point his headlights on Arbery, he said, and the man tried to hide behind a portable toilet at the construction site.”